HomeNewsOkada drivers run to their father Mahama as I.G.P and his boys...
News

Okada drivers run to their father Mahama as I.G.P and his boys seize Over 1000 bikes 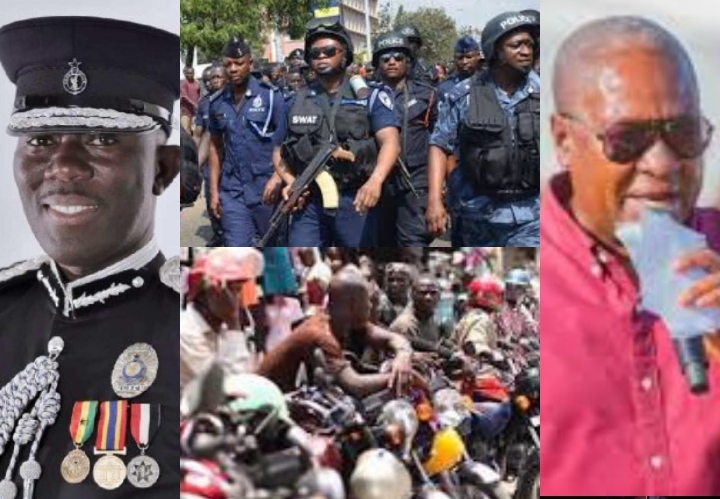 Motorists in accra and it’s municipality run Helter skelter with their bikes to prevent them from being seized by the police.

Over 1000 bikes have been seized by the I.G.P, Dr.Dampare and his boys at Accra today. A lot of  motorist in Accra has expressed a lot of inconveniences to the decision made by the police to seize bikes  without notice to the riders.

Some also added that their bikes were seized without any offence made.

The police said that i should just park and then he took key one victim expresses.

The link is below is the video of the incident: