HomeEntertainmentBlack Sherif Shuts Down His Sold out London with a surprise appearance...
EntertainmentNews 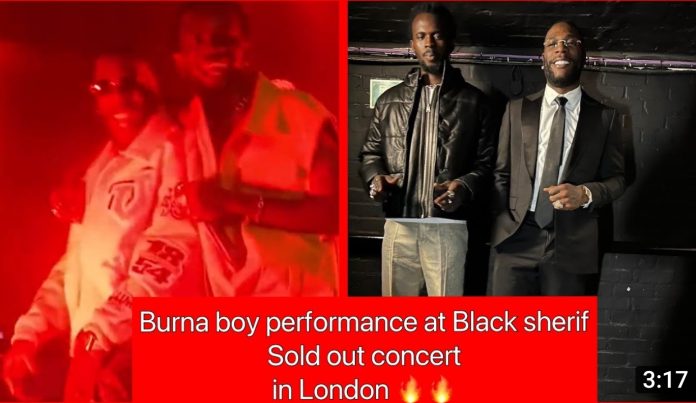 The 2021 VGMA ‘New Artist of the Year’ chose to give the concertgoers a double dosage of the fan by bringing on Nigeria’s super-talented singer, Burna Boy, as they were all over the place and filled with so much excitement.

After Black Sherif’s huge break in the music industry with his popular tune, “Second Sermon,” the two musicians grew friends.
Burna Boy made the decision to honour Blacko by joining the remix a few months after the song’s enormous success and the number it attracted.

They released the song’s official music video in February 2022, and it has received over 10 million YouTube views to far.

The “final last” global hitmaker has continuously shown his love, support, and ferocious adoration for the rapidly growing musician with roots in Konongo Zongo in the Ashanti. As a result, this performance between Black Sherif and Burna Boy is neither the first nor the last of its kind.

Below is a video of them performing: