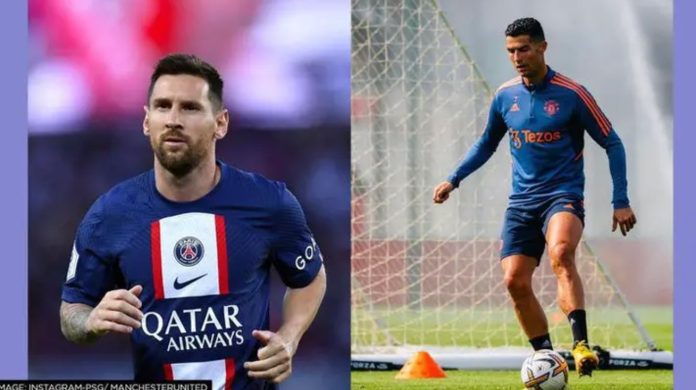 Lionel Messi started the Champions League match against Juventus, becoming him the fourth player to appear in all 19 iterations of the top club championship in Europe.

Manchester United’s failure to advance to Europe’s premier competition this season will be felt most keenly in Cristiano Ronaldo’s absence from the UEFA Champions League this year. In his opening game of the competition, Lionel Messi tied the remarkable UEFA Champions League record of his Ballon d’Or arch-rival, Cristiano Ronaldo, who is getting ready to play in the Europa League.

Lionel Messi started the Champions League match against Juventus, becoming him the fourth player to appear in all 19 iterations of the top club championship in Europe. The PSG player has now tied the record set by Ryan Giggs from Manchester United and Cristiano Ronaldo. The 35-year-old is currently one appearance away from tying Real Madrid veteran Iker Casillas’ record of 20 appearances. In the 2004–05 season, Messi faced Shakhtar Donetsk in his Champions League debut, and he hasn’t missed the event since. While playing for Barcelona, the Argentina captain won the competition four times.

Lionel Messi’s record is broken by Kylian Mbappe during PSG vs. Juventus.

Mbappe gave PSG the early advantage in the fifth minute of the game. After a teammate-to-team play that involved linking up, Neymar was able to create an opportunity (Mbappe). For Mbappe to score, the Brazilian floated the ball over the Juventus defence. With a summer addition, Juventus nearly tied the score in the 19th minute. Gianluigi Donnarumma of PSG deflected a close-range header by Arkadiusz Milik. In the 22nd minute, Ashraf Hakimi assisted his 23-year-old teammate to give PSG a two-goal advantage.

Weston McKennie, a midfielder for Juventus, scored one goal during a strong 10-minute stretch early in the second half. Donnarumma, the PSG goalkeeper, misjudged a cross, which caused him to go too far from his line and lose his equilibrium. A suspenseful conclusion was guaranteed when Weston McKennie leapt higher than the defenders to head the ball home. PSG’s defence was able to withstand the pressure and guarantee that the squad earned all three points.