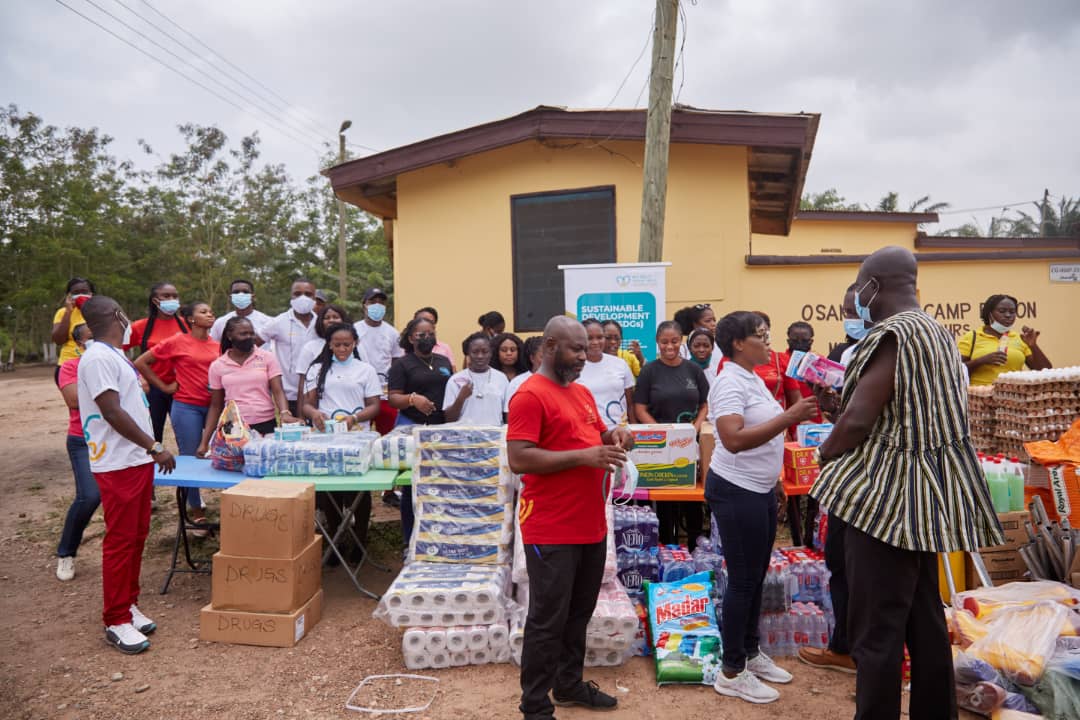 Myhelp-Yourhelp Foundation is a Christian NGO made up of young working professionals like doctors , nurses ,  bankers , journalists, teachers etc, who have come together to pool resources together aimed at alleviating the plight of the poor, the needy and the less privileged in society.  They do these by mobilizing resources both internally from members and externally from benevolent organizations and individuals. They all believe that “The best way to find yourself is to lose yourself in the service of others”. – Mahatma Ghandi. 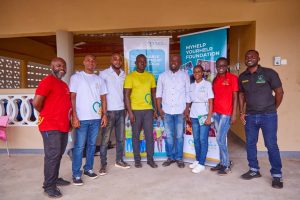 The foundation has successfully undertaken 10 major projects since inception; 5 orphanage projects and 5 other projects.

The foundation turned 3 years on 31st March, 2021 and in line with their 3rd Anniversary, they decides to tripped to Osamkrom to support the prisoners. Their motivation was based on Biblical inference on the following scriptures and with the theme “Behind Bars But not Bond.

In an interview with Mr Nicholas Coffie, the President and Founder of Myhelp-Yourhelp Foundation, he threw more light on theme as he expressed his sentiments on the fact that, there is a misconception that, everyone in prison is guilty of a particular crime. “The truth is that, some prisoners are innocent and even if they are guilty of a crime, there is the need to show them the love of God and bring them the saving knowledge of Christ. Crime knows no age and most of the cases in prison are because of lack of anger management. Anyone could find himself there”.

Upon arrival, the members of Myhelp-Yourhelp Foundation were welcomed by Sergeant Samuel Ofori spelling out the rules of the place. The members were as well met by a musical interlude by the Osamkrom Prison Choir. 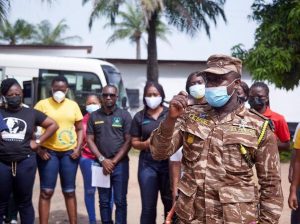 Minister Jamin Benjamin Debrah and Madam Belinda Asante led the inmates and delegation in a time of Praise and Adoration.

After, Prophet Joseph Gabriel Obeng was given the mantle to give an exposition on the theme “HOPE” using Romans 15:12 and John 3:16. He used the death and resurrection of Jesus Christ on the occasion of the commemoration of Easter together with his own personal life testimonies to encourage the inmates. An altar call led about 27 inmates to accept Jesus Christ as their Lord and Saviour.

Four  big boxes of Bibles, Book by Bishop Dag Heward-Mills (How to be born again and avoid hell) and Gospel tracts were distributed to the inmates.

Dedication of the new Corn Mill presented by Myhelp-Yourhelp Foundation was done by Prophet Joseph Gabriel Obeng and the Project Coordinator, Mr. Jeff Kwashie and received by ADP Justice Essumang. 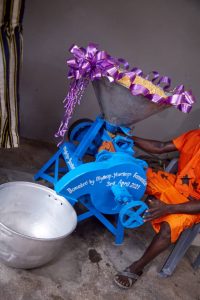 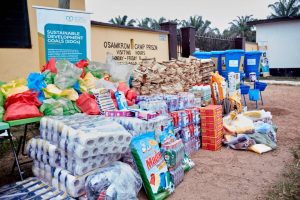 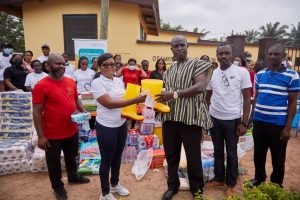 Items presented in all include:

The inmates expressed their joy at the items presented and prayed that anyone linked with this gesture may neither find themselves nor their generation detained.

Founder of Rockzwaakye who is also a hip life legend Mr. Reginald Yaw Asante Osei popular known as Reggie Rockstone together with his wife; Dr. Zilla Limann who supported the gesture by providing packs of waakye to feed the inmates, in an interview, promised to do more anytime opportunity beckons.

In a short meeting between the ADP and his vice, together with some executives of Myhelp-Yourhelp foundation, ASP Delali revealed that, they were greatly astonished by the gesture of the Foundation. According to him, it is very rare for NGO’s to reach out to prisons. Most support they get usually come from Religious settings.

Mr. Nicholas Cofie in his closing remarks narrated how a member of the foundation, Mr. Ray Yorke Dadzie, had spotted the prison in the bush on his way to Akim Oda few years back and recommended a visit to the foundation. It had hence been in plan but was halted by the restrictions imposed by the Covid 19 pandemic.

He said the Foundation was unable to do many such projects since it relies mostly on the contributions of its members to undertake its projects but he believed that, as stated by Hudson Taylor, — “God’s work done in God’s way will never lack God’s supply”.

He further appealed to Government, public-spirited individuals, philanthropists and benevolent organizations as well as other international and local NGOs and the general public to lend a further helping hand to inmates of Osamkrom camp prisons who have plans to expand their kitchen, infirmary, common room and also fix their water pump and acquire a tractor for farming projects.  Organizations may also support plans of building an ICT center in future to train inmates.

Osamkrom Camp prison can be located in the Central Region of Ghana in a town called Osamkrom, started as an open camp and a farming station in the early 90s. It is situated on the main road off Agona-Swedru and Winneba Junction in the Gomoa East District, about 10 kilometers drive from Winneba Junction. It accommodates only male inmates with less sentence below six years. At Osamkrom Camp prison, inmates receive more counselling to be reoriented back into their communities. The prison engages inmates in farming activities, tailoring, and basketry. These inmates were about 250 in number and between the ages of 18years to 56years manned by about 165 officers who run on 3 shifts in a day.

Despite their small number with regards to the population of other prisons in Ghana, Osamkrom Prison had challenges ranging from logistics in the areas of infrastructure, Agriculture and Health. The facility lacks a properly resourced infirmary to take care of the inmates.

In an interview with ADP Justice Essumang, he revealed that, there have been instances where inmates had to be transported to Cape Coast or Korle-bu in Accra to receive medical attention.

The Only pumping machine that helped to pump water to serve the prison was broken down and they had to go days without taking their bath anytime supply from GWL is interrupted.

He also revealed that, the facility lacked a tractor to support their Agriculture projects, yet for the year 2020, they supplied maize to the maximum-security prison at Ankaful, winneba local prison and one other station in Accra.