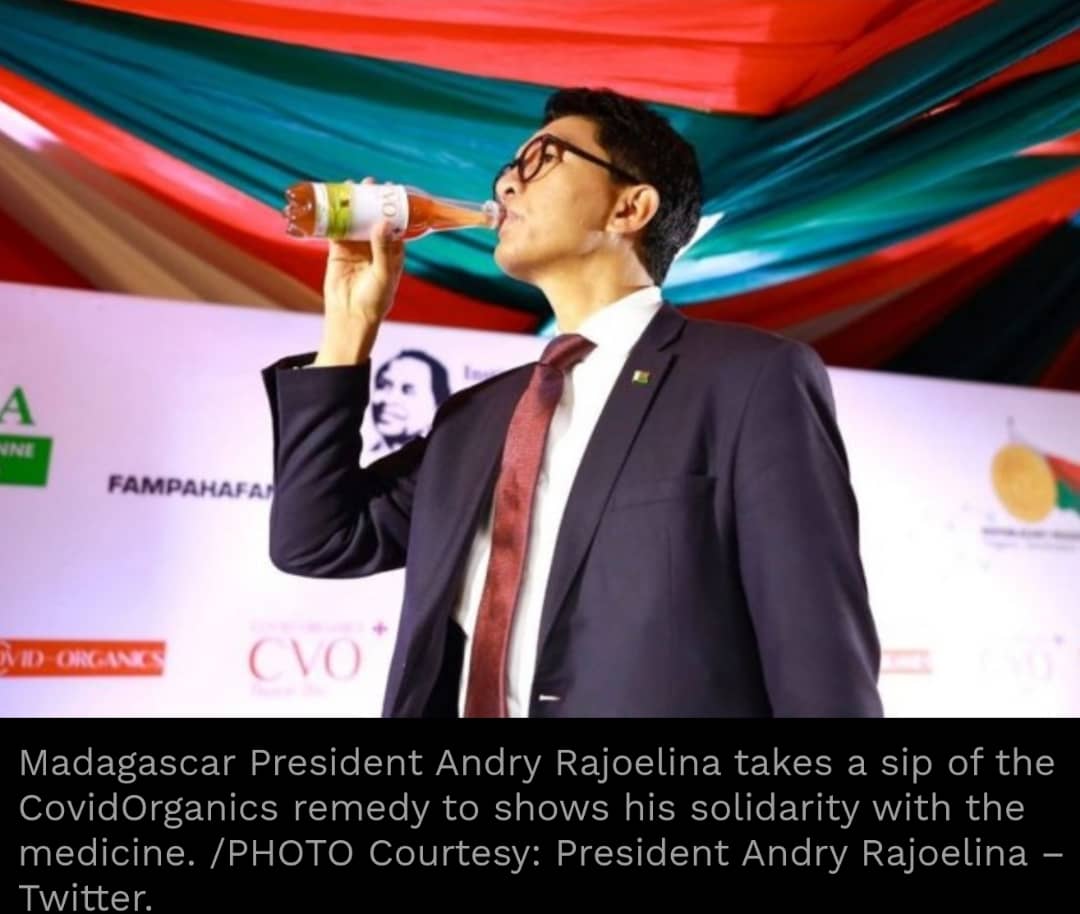 Ghana has received a herbal cure for Covid-19 developed in Madagascar, the Information Ministry has revealed.

An update from the Ministry said the drug is being tested for its efficacy.

There has been pressure mounted on government locally to contact the African country for the medication after Andry Rajoelina, Madagascar’s President launched it in April.

The World Health Organization (WHO) has, however, not endorsed it.

The Organisation says there is no proof of a cure for Covid-19 after Madagascar’s President launched it.

The BBC also reported that Madagascar’s national medical academy (Anamem) cast doubt on the efficacy of the Covid-Organics.

It said it had the potential to damage people’s health as its “scientific evidence had not been established”.

The tonic is produced from the artemisia plant – the source of an ingredient used in a malaria treatment – and other Malagasy plants.

Ghana’s Food and Drugs Authority (FDA) would be expected to study the drug and give a recommendation on it.

Ebo Safohttp://www.ebosafo.com
ARTISTE, Blogger, Promoter, Kantanka Auto Marketer, Radio Personality, CEO of Ghananewss & EbosafoTV, UCC Alumni. Success is our hallmark. Contact me for all your online promotions via Whatsapp: +233248307330. click on my social media handles and website to link up with me:
RELATED ARTICLES
Health