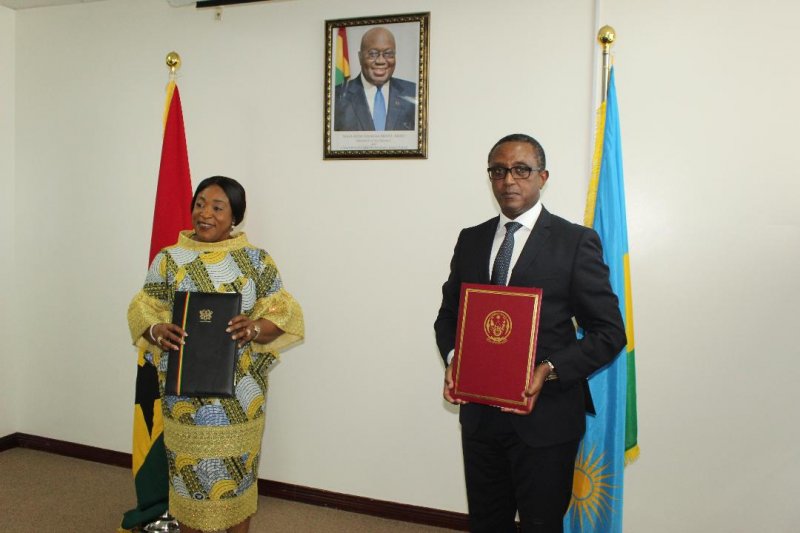 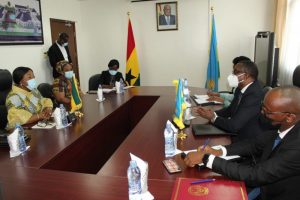 The Government has called on the business community in Ghana and Rwanda to take advantage of their vast economic potentials to explore business opportunities in all sectors of the economy.

The government also encouraged the Rwandan government and businesses to invest in Ghana for mutual benefits.

Both Ministers signed the General Cooperation Agreement to lay the foundation for the establishment of a Permanent Joint Commission for Cooperation between the two countries.

The visit was to herald the inauguration of the new High Commission of Republic of Rwanda in Accra, on Tuesday, November 3, 2020.

She said, Ghana was among the countries across the continent with a conducive investment climate coupled with good incentives provided under the Ghana Investment Promotion Centre Act 2013, Act 865.

The Minister commended the longstanding and cordial relations which existed between the two countries over the past years.

She mentioned that, the establishment of the African Continental Free Trade Area (AfCFTA) presented new opportunities to both countries to expand trade relations at the bilateral and continental levels.

She acknowledged the invaluable support of Rwanda in championing support for Ghana’s successful bid culminating in the hosting of the AfCFTA Secretariat in Accra.

Mrs Botchwey called on both countries to collaborate and support the African Union and other regional groupings to respond decisively to the current threats to peace and security on the African continent such as terrorism, piracy, illicit trade in small arms and light weapons, cybercrimes and human trafficking.

She expressed Ghana’s desire to work closely with Rwanda to consolidate the existing relations and explore further areas of cooperation for the mutual benefit of the two countries.

She assured Dr Biruta of Ghana’s commitment to ensure transparent, peaceful and free and fair elections in December 2020.

Dr Biruta said, his country was confident that, the cooperation agreement between the two countries would enhance Africa’s development for tangible outcomes as their relations would open more opportunities to explore and commended Ghana for its commitment to peacekeeping operations, saying during the 1994 eradication, Ghana stayed with her troops when other countries opted out.