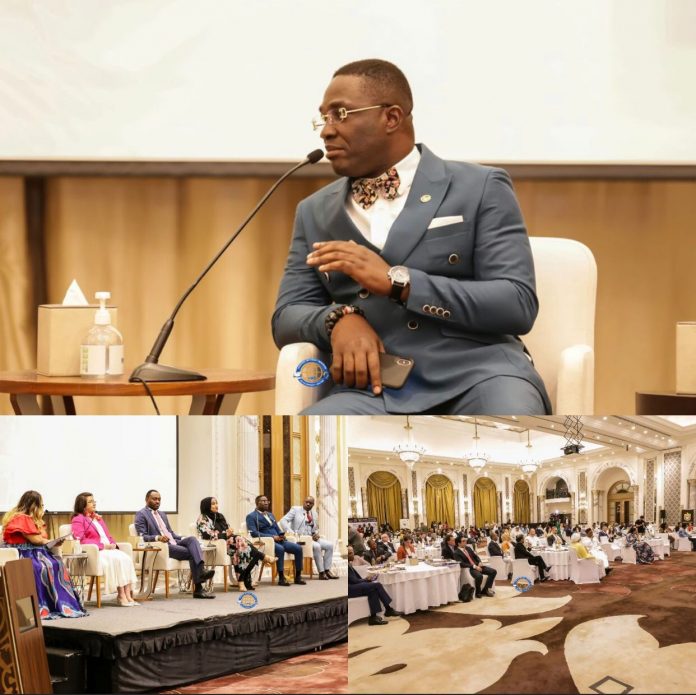 The Ghana India Trade Advisory Chamber is duly making waves on other continents to connect businesses globally. The 2021 edition of Business Explosion gathered business owners from all corners of the world to Ghana to build the concept of Africa’s Business Transformation and growth.
Like he always say ‘’Africa Its your Turn,’’ Dominic Oduro-Antw, chamber President,  has built strong relations with the business globally leading to his representation at the DUBAI-AFRICA BUSINESS SUMMIT in Dubai.

The Ghana India Trade and Advisory Chamber (GITAC) has raised the flag of Ghana high through its operations at the global elite conference for the African continent in Dubai which is geared towards connecting world investors and networking businesses interested in taking off in the Middle East and Africa.

This 1st edition of the Africa-Dubai investment summit was hosted by Africa World Business Centre (AWBC), a global organization empowering African entrepreneurs in collaboration with Leaders without Borders Development Centre (LWBDC).
Dubai, which is recognized as the globalized financial capital and the undisputed tourism, trade and banking hub of the United Arab Emirates (UAE) hosted the event.

The summit, under the Dubai Expo’s visionary statement of “connecting minds and creating the future” was held under the Royal patronage of His Highness Sheikh Ahmed Bin Faisal Al Qassimi, a member of the ruling family of Sharjah, Ras Al Khaimah through the leadership of H.E Tomasz Zaleski, chairman of the Royal Office UAE and Salwa Abdul Aziz Zein, super-connector and the world’s first woman CEO of the leading Sheikh Office in the Arab world.

The exquisite event also showcased an exclusive upcoming Hollywood movie to be shot in the UAE as a Royal Office initiative supporting the emergence of “Dubai” and “Abu Dhabi” as the world’s next film industry hub.

The Multi Global Award Winner and President of the Ghana India Trade and Advisory Chamber (GITAC), Dominic Oduro-Antwi, announced the launch of the Global Trade Advisory Chamber as part of plans of his organization for the last quarter of the year 2021. He encouraged businesses to embrace synergy to enhance global recognition and that is what GITAC stands for, he said this in an interview.