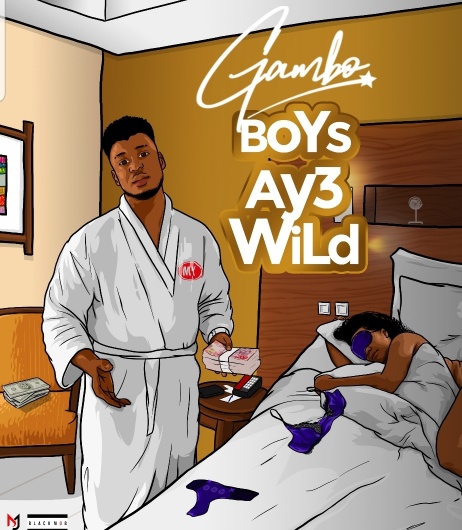 One of the dope Ghanaian rappers,  song writer  and singer, known in real life as Gambo Bashir, publicly branded with his Showbiz name as Gambo, finally released the most anticipated video for his new song titled ‘Boys Aye Wild’

The danceable rhythmic song talks more about the need for men to treat their girlfriends well, and also make sure they take good care of them both physically and emotionally, else another man would be taking her away.

When Ghananewss.com got intouch with him concerning his new release, he made it known that, his new song “Boys Aye Wild” is a banger which intend to educate the youth in their love life, and also to prompt the guys more that, if their partners are not well spoiled, another guy will be in the corner ready to take over from him.

He continued, ” My aim in the music Industry is to give talented upcoming musicians hope to make it in life, and also help change the industry in Ghana because i strongly feel i can contribute a lot to Ghana’s music and entertainment industry”.

According to Gambo, the song was officially released on Friday, November 26, 2021 with both the audio and video. And will be available on all digital platforms.

Gambo is a Ghanaian trap rapper, singer, songwriter, entrepreneur, philanthropist and investor. He was Born in Ghana, but left to Guyana at an early age of 5 years, but later returned to Ghana at the age of 11 to continue his basic education at SAPS School and completed there in 2012.

In 2015, Gambo enrolled in the University of Ghana, Legon, where he studied Public Administration for 2 years and graduated with a diploma certificate and went further ahead to pursue his degree.

Watch official video of the song below: