HomeSports‘None of the Black Stars Players are richer than me’ – Kwesi...
Sports 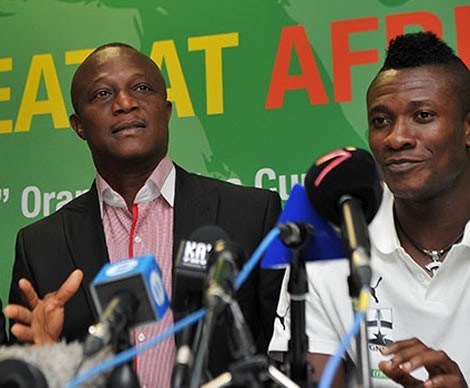 Ghanaian ex – Black Stars coach, widely known as James Kwesi Appiah has said that, he is not the kind of manager who will plead for money from footballers in the national team.

According to him, Coaches are often indicted of receiving illegal payments known as bungs from agents or players before giving them playing time in the national team especially.

Kwasi Appiah who was former Asante Kotoko manager who left his post as Black Stars coach on December 31, 2019, following the cessation of his contract, however, sees himself as a sincere Christian and has distanced himself from such practices before giving player opportunities to represent the nation.

Check out what he said in one of his interviews:,

“No Black Star player is richer than me so I will never ask a player to buy me a watch, shirt etc. I command respect,” he said on Angel FM.

Check out the the interview below;