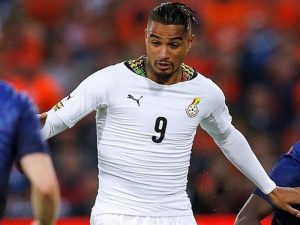 Kevin-Prince Boateng has fulfilled his promise to support families of the deceased and surviving victims of the fatal crash involving a Ghanaian youth team in September.

Eight young footballers of the Africa Vision Soccer Academy died in a fatal car accident at Offinso on September 19, 2020, while returning from registration exercise for the upcoming league season.

“I heard about it (fatal accident) and it made me really sad, to be honest,” Boateng said.

“Every detail you know about it makes you more sad, so that’s why I’m here and I wanted to talk to you guys and want to let you know that I want to help,” he added.

In fulfilling his promise, Boateng, who currently plays for Italian Serie B side A.C Monza, sent a delegation to make a donation to the families on his behalf.

Fiifi Parker Hanson made the donation on behalf of the former Barcelona and AC Milan midfielder.

The families of the deceased young footballers received GH¢2,000 each from Kevin-Prince Boateng, and according to his representatives, the footballer has pledged to do more for the surviving youngsters.

Vote for NDC so I gain my career back – Mzbel