HomeEntertainmentI'm leaving Ghana to abroad to take on MI or Cassper for...
Entertainment 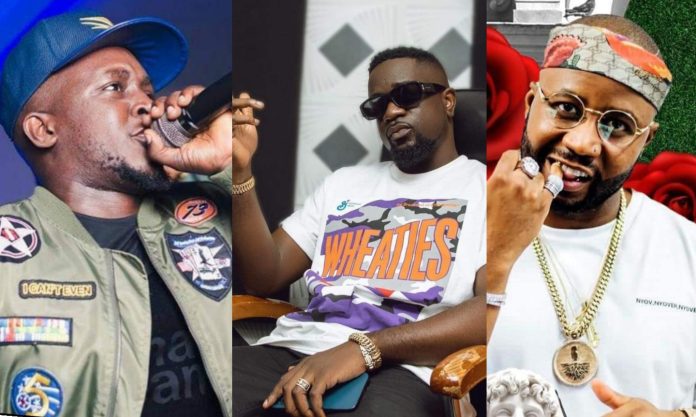 Sarkodie plans to diversify his rap career by pursuing a rivalry with either Cassper Nyovest from South Africa or Nigeria’s best MI Abaga.

This information was recently shared by the Ghanaian rapper, who is recognised as the best MC on the continent, with Emmanuel Sandyman, also known as Fire Stick, a Ghanaian socialite residing in the UK.

Throughout their conversation, Sarkodie made it obvious to them that he will never fight an up-and-coming rapper from Ghana who confronts him either directly or indirectly.

The head of Sark Nation claimed that because of his undisputed dominance and history in Ghana, he needs fierce competition from other rappers on the continent.

I sense you only answer when you’re unsure of your [superior] position, he claimed.

He responded “Cassper, sure” when the host mentioned the South African rap artist Cassper Yyovest.

Sark used his hands in the air to illustrate the aforementioned rappers’ “higher level” as justification for taking on them. No offence to other rappers, he said, “but let’s be business-wise practical.”