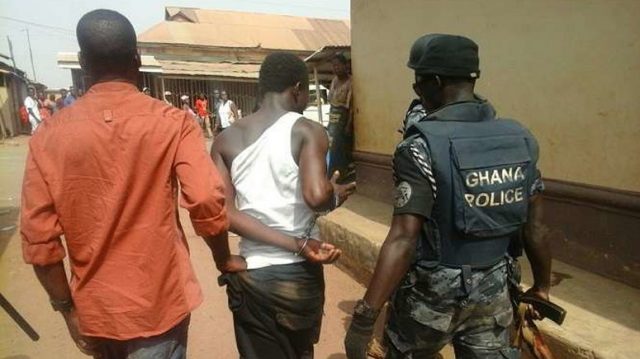 Ghanaian thirty-eight-year-old driver,named Emmanuel Egoe, who was arrested driving under the influence of alcohol, with an expired vehicle documents has been arrested by the Divisional Motor Transport and Traffic Department (MTTD) in Tarkwa.

According to Sources close to Ebosafo.com, On January 17, this year, at about 1430 hours, Emmanuel was driving a Hyundai Elantra taxi cab with registration number GW 2730-11, from Tarkwa Na Aboso towards Kawerekaanano with a friend on board, Chief Inspector George Kwabena Osei an officer at the Tarkwa Divisional (MTTD) explained to the media.

On reaching a section of the road, Inspector Osei stated that he spotted Emmanuel from afar driving irresponsibly and suspected him to be drunk suddenly he bumped into an unregistered Nissan Juke and sped off.

The MTTD officer said he raced the suspect and arrested him and noted the suspect was drunk and therefore decided to check his breath with the Breathalyzer at the GoldFields Security check point at Tarkwa.

When the suspect’s breath was checked, it recorded 100 per cent instead of 0.08 and was re-arrested and processed to appear before court, he added.