HomeEntertainmentBET Honors Sarkodie Big Time as they Share his video on their...
Entertainment 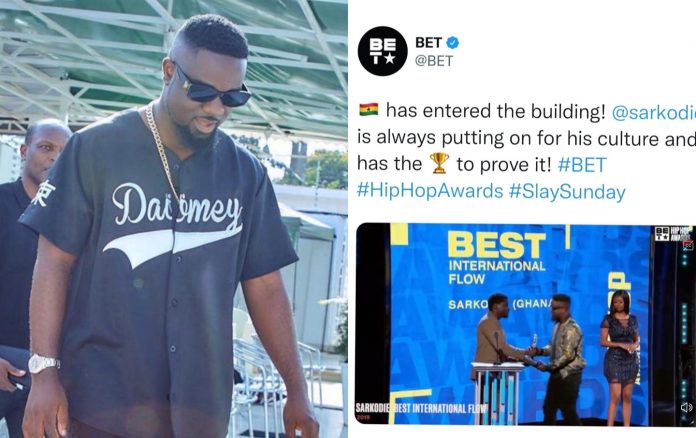 Renowned Ghanaian rapper known with his Showbiz name as Sarkodie, who is said to be one of Africa’s most consistent and decorated artiste of our time, has been celebrated big time again by the Black Entertainment Television (BET) awards scheme.

The Iconic Ghanaian rapper Sarkodie, born Michael Owusu Addo, made Ghana and Africa proud when he won the BET “Best International Flow” award to his ever-growing cabinet of awards in 2019. 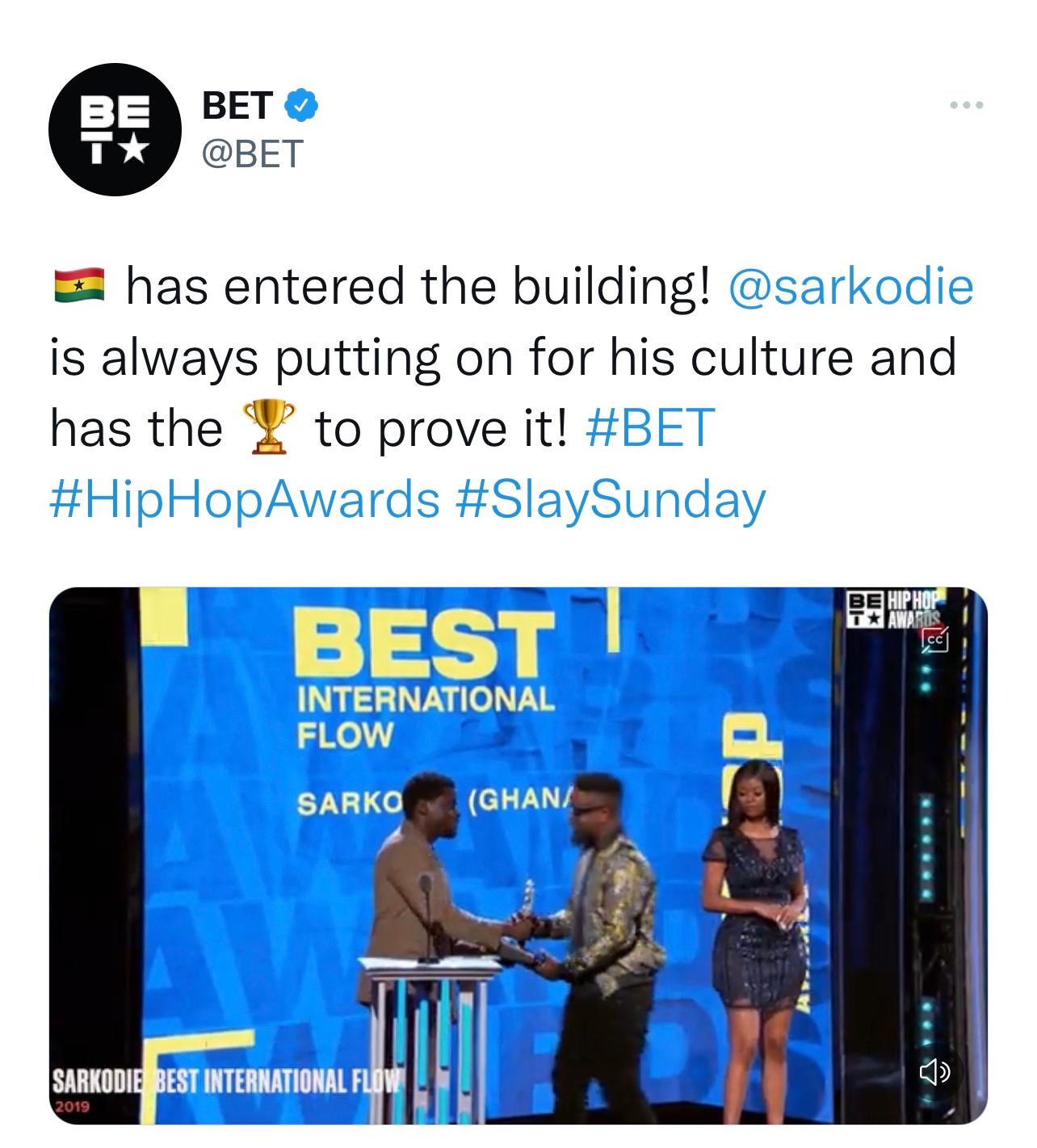 Sarkodie became the first musician to grab the award, as it was a new category. The Tema-born rapper received the award at the 2019 Black Entertainment Television (BET) Hip Hop Awards at the Cobb Energy Center in Atlanta, GA.

Check out how BET celebrated Sarkodie in their official Twitter page, and how fans are really responding to the tweet.

The 2019 Awards event was held at the Cobb Energy Performing Arts Centre in Georgia, United States and was hosted by American comedian, actor and entertainer, Lil Duval. 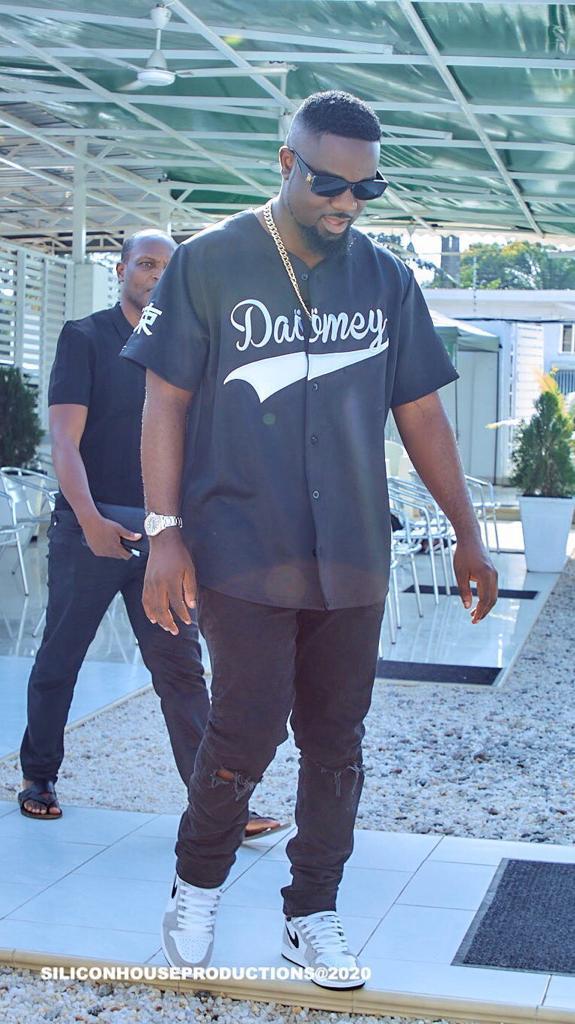 Sarkodie also delivered a very special message of Black Power via a freestyle he dropped on the BET microphone, alongside Martinique rapper Kalash.

🇬🇭 has entered the building! @sarkodie is always putting on for his culture and has the 🏆 to prove it! #BET #HipHopAwards #SlaySunday pic.twitter.com/uFriBaSf64