HomeEntertainmentShatta Wale finally ends his longstanding Beef with Sarkodie (Check out what...
Entertainment 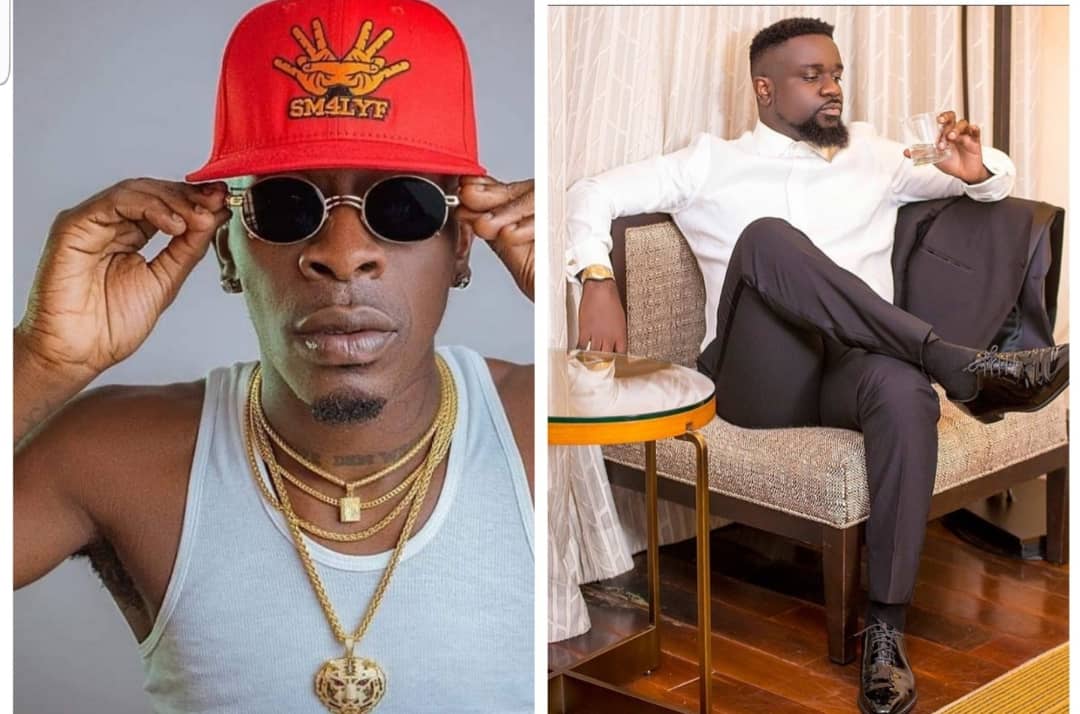 After years of shading and throwing Jabs at each other in the Ghanaian Music Industry, two heavyweight artistes with lots of hits song to their music gallery known as Shatta Wale, boss of the Shatta Movement Family, and the boss of Sarkcess Music known as Sarkodie.

Although none of the fans from both artistes predicted when the feud between this great artistes will end, the most controversial and well known Dancehall musician Shatta Wale, has pulled another surprise on social media.

The Dance hall superstar Shatta Wale has posted on his Twitter page saying, he has no beef with Ghana’s rap god Sarkodie and whoever who thinks he has a beef with him is just a chefs who is lacking chicken in his kitchen. 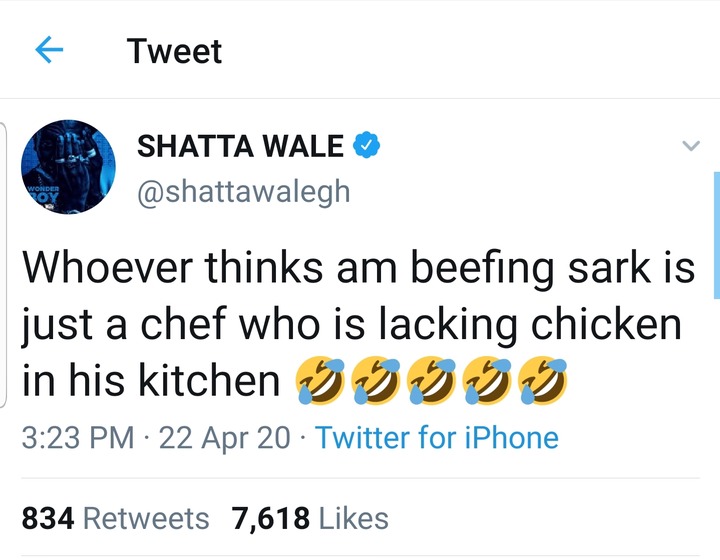 “Whoever thinks am beefing sark is just a chef who is lacking chicken in his kitchen”.

This statements from Shatta Wale on social media has left many fans and followers confused about the current state of these two artistes relationship.

From what we know from time past is that the ‘beef’ between the two music giants keeps getting hotter and ‘dirtier’.

Not quite long, these two artistes were throwing Jabs at each other via their social media handles