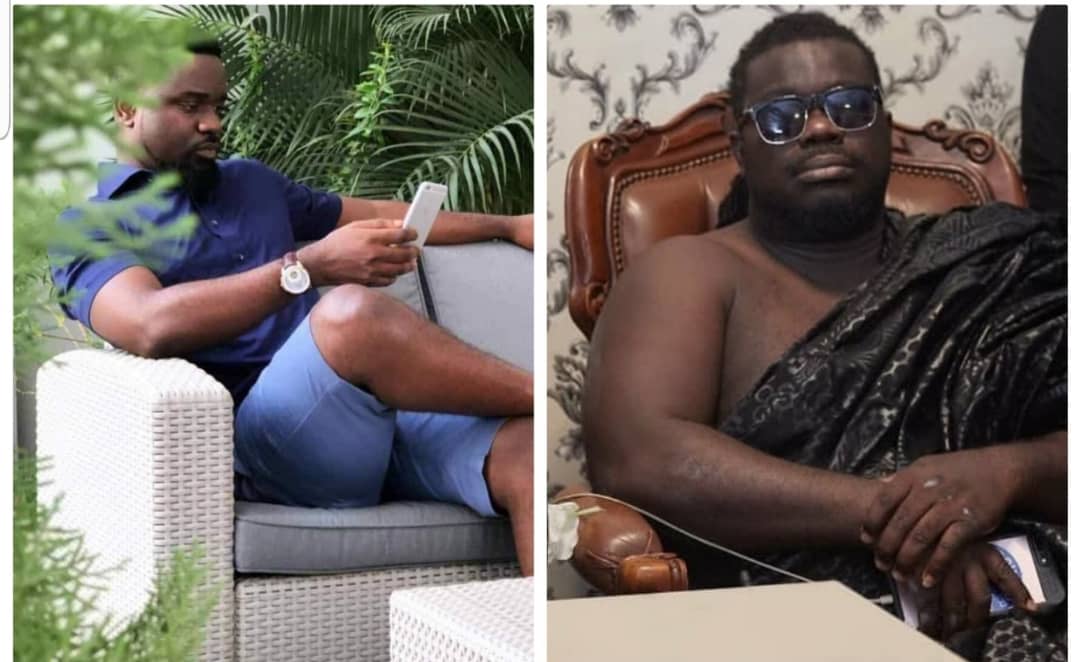 Ghanaian born prolific rapper of all time known as Sarkodie, has finally thrown his support to the the family of the former MUSIGA President Bice Osei Kuffour, aka Obour to sue Ridge Hospital causing the death of his late Oyokohene, Nana Osei Boansi Kuffour, Obour’s father.

Not quite long, Obour demanded a copy of his late father’s autopsy report from the said hospital, which he has still not recieved, to know the true cause of his father’s death, in which is already linked to Covid -19. 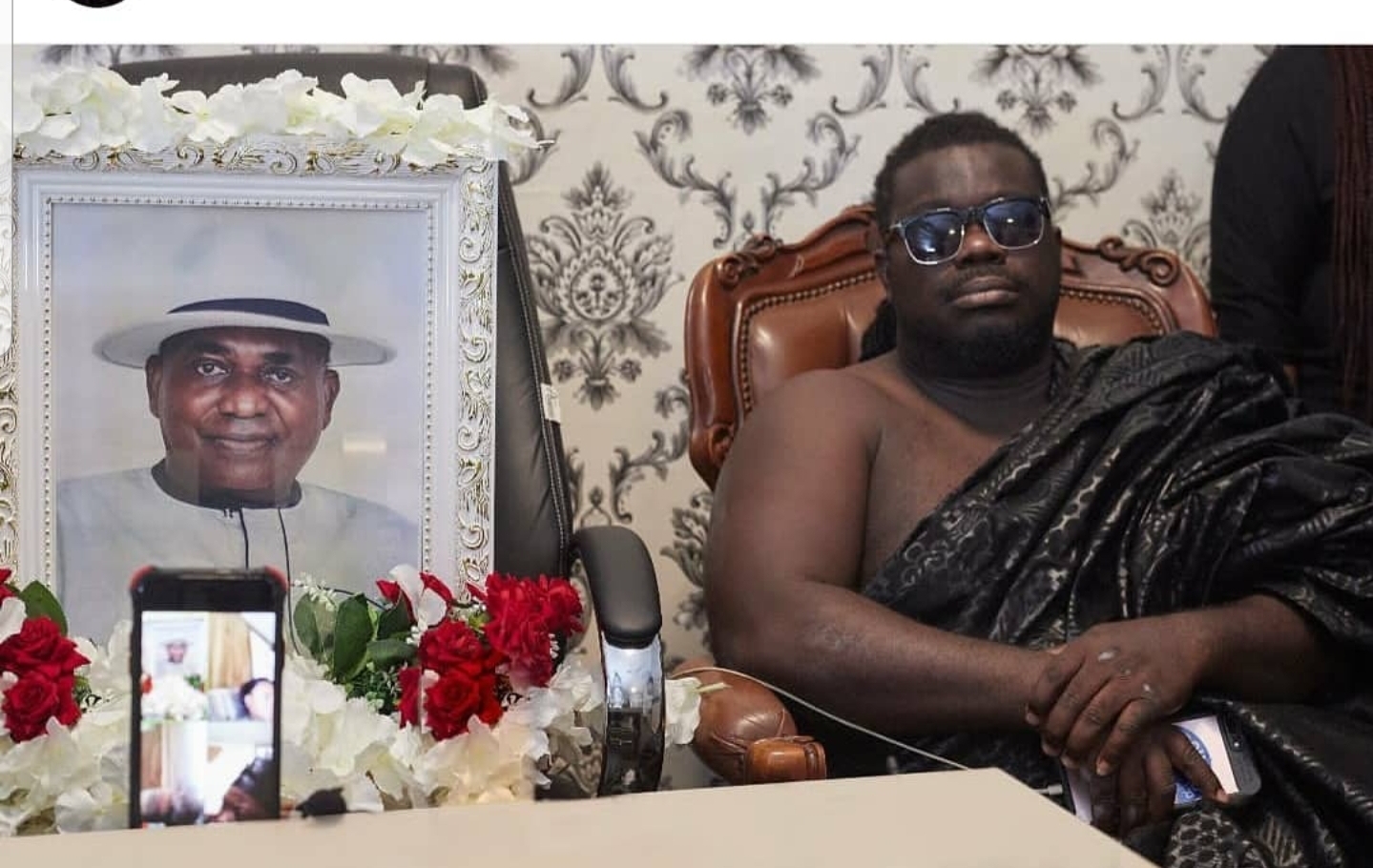 In a twitter post by the Sarkcess Music boss, Sarkodie after a brief talks with Obour revealed to his fans what Obour should do for Juctice to prevail, if what he was alleging was the truth. 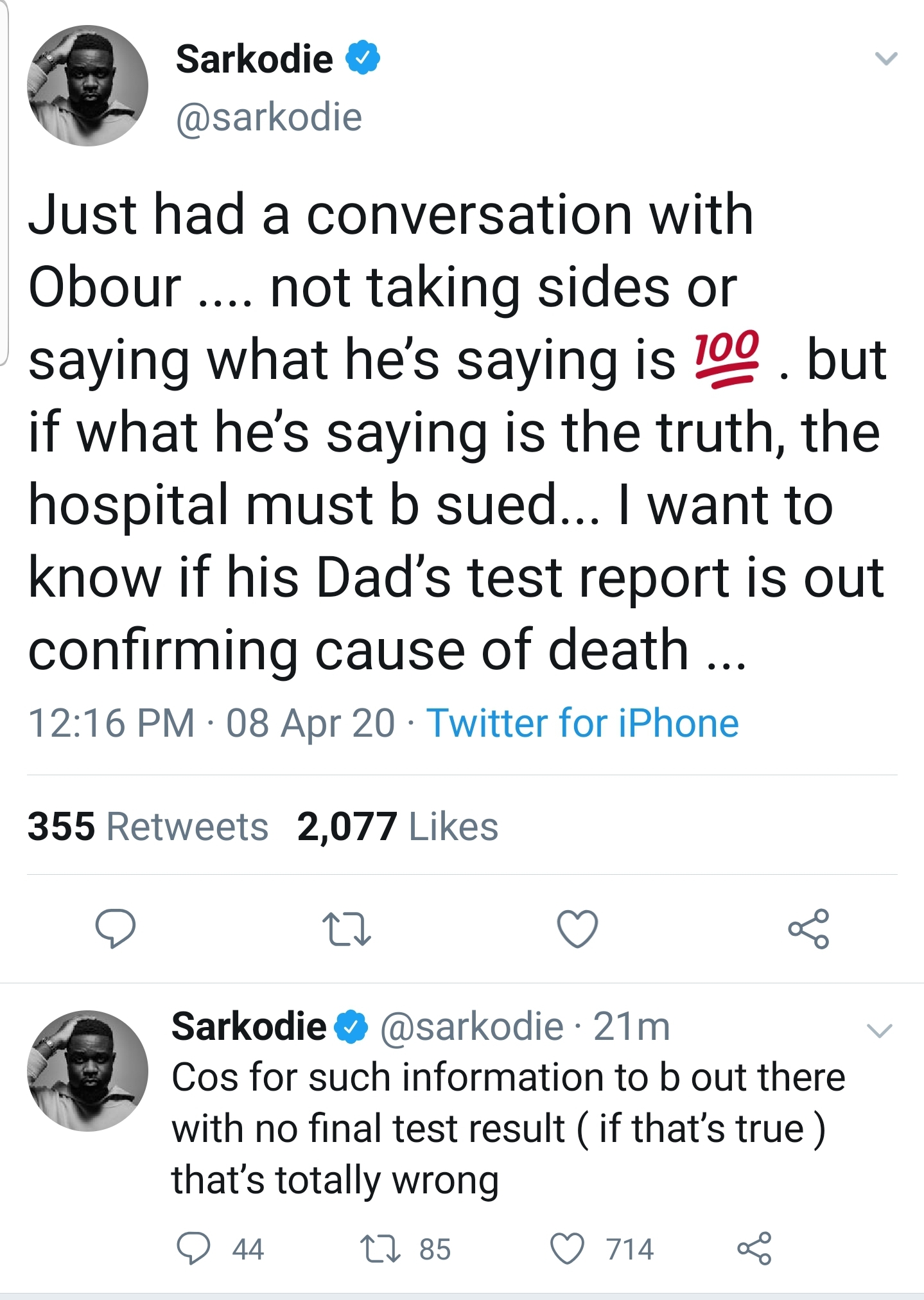 Share
Facebook
Twitter
Pinterest
WhatsApp
Previous article
‘Be Humble and let me Diss You, you are too Arrogant” – Sarkodie Jabs Rival Shatta Wale
Next article
Check Out how Sarkodie Surprised & donated Hand Sanitizers, Rice, Oil & Other Items to People in Tema (Video)