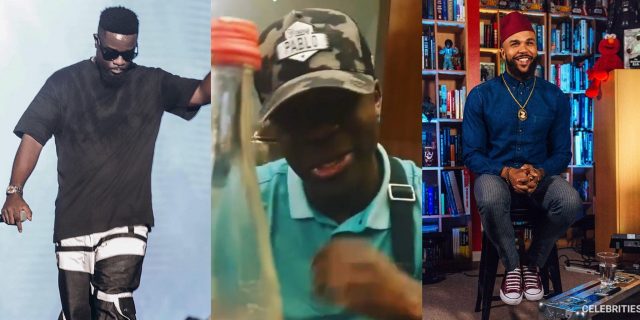 Sarkodie reacted on his Instastories after American rapper, singer, songwriter, and record producer, Jidenna Theodore Mobisson better known as Jidenna praised a Ghanaian DJ for promoting Afrobeats to the world.

Afrobeat is a music genre that involves the combination of elements of West African musical styles such as fuji music and highlife with American funk and jazz influences, with a focus on chanted vocals, complex intersecting rhythms, and percussion.

Its breakthrough into the world hasn’t been an easy one.

Many industry players played a crucial role in ensuring that it becomes the number one across the world.

One of such fighters for Afrobeat is Capital1Xtra DJ, Abrantee.

He has been very phenomenal and done a lot of promotional stuff for the genre.

A few hours ago, Jidenna recognized his efforts and showered tones of praises on him.

He said though many people ain’t recognizing him for playing a crucial role in the hottest musical genre at the moment’s breakthrough, he, Jidenna will always see him as a legend.

Sarkodie also attested to the fact that DJ Abrantee is a legend who has done well for Afrobeat.