HomeEntertainmentNana Ama Mcbrown Shares her Sad story of how she was Poisoned...
Entertainment 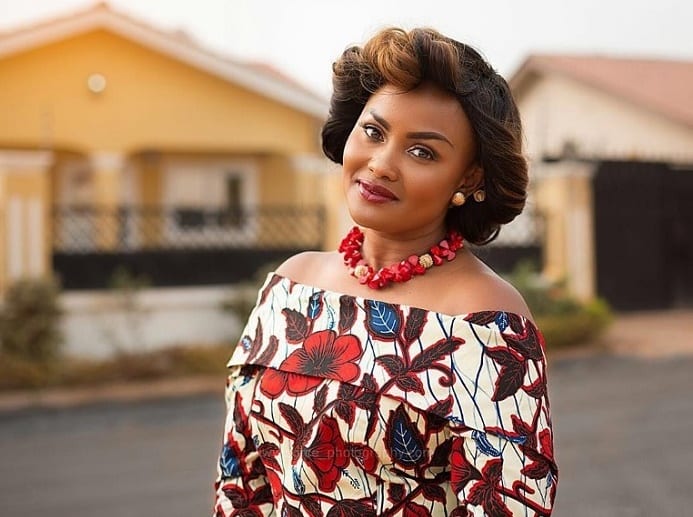 There has been numerous stories about the Ghana movie industry that makes the industry look gloomy and not attractive.

These stories are mostly about the envy, jealousy and backstabbing stories, and needless attacks on themselves over frivolous issues.

However, the death of Bishop Bernard Nyarko has opened up the industry’s bad light and the various physical and spiritual attacks these actresses and actors suffer at the hands of their colleagues just because they are doing well than they are doing.

Speaking on ‘Okuseku The Talk Show’, actress McBrown opened up on how she got poisoned while she was on set at kenkansu and almost lost her life as a result”.

She said after shooting a scene for a movie she could not recall its title, she shared her food with one colleague who she wanted to remain anonymous.

Nana Ama said after eating with the colleague, the colleague left where they were. It was after thirty minutes that she started to feel some sharp pains in her stomach. Nana Ama McBrown was sent to the Kenkansu hospital but since there was no Doctor she was rushed to the Komfo Anokye Teaching hospital.

Nana Ama McBrown used the opportunity to advise people who want to be movie stars to persist and persevere because every industry has its own challenges and the ability to get over leads to success.