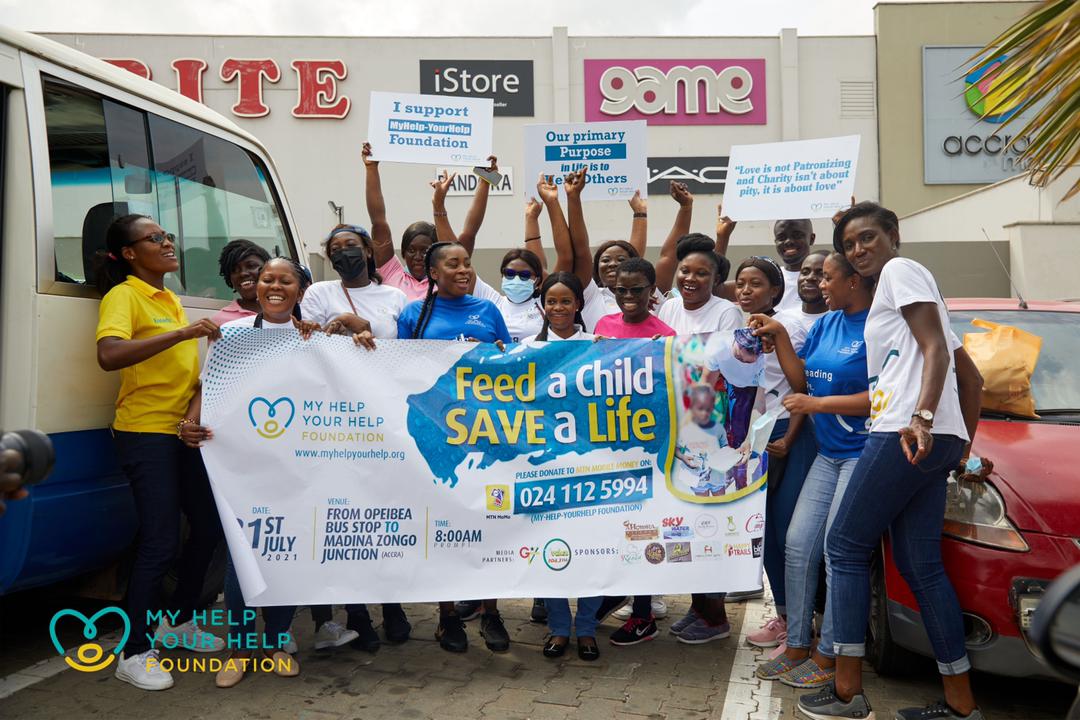 The youth constitute the most important human resource potential that can contribute significantly to the overall development of a nation. The total population of children in Ghana under the age of 15 is 37.44% according to Ghana Demographics Profile for July 2020 [1].

The idea of children on the streets violates the children’s act which states that “under no circumstance should a person below the age of fifteen (15) be allowed to work or fend for himself or herself” [2]. Therefore, the increasing phenomenon of streetism, which is used to describe children who live and work on the streets due to lack of family ties or worse still, stuck in manipulative relationships where their guardians use them to support the household financially through various activities on the street is a menace.

Streetism has been caused largely by increased urbanization and the difficult socio-economic circumstances rural families are experiencing. There are many root causes for the increasing number of street children in Accra and these are highly related. Some children are on the streets because they were subjected to a certain level of abuse at home, and they believe that the street will be a place of refuge. Others are underprivileged and take to the streets in search of money. Most of these underprivileged children are homeless because of the impact of divorce, death of a parent(s) or parent(s) not being able to fend for their children. Therefore, streetism in Ghana can be attributed to parental neglect or death, truancy, rural-urban migration, second generational street children, mental health issues and sexual, physical or emotional abuse. [3] A majority of street children in Accra can be found in Central Accra, Kwame Nkrumah Circle, Madina, Abeka-Lapaz and Kaneshie.

Before the COVID-19 pandemic, the number of people going hungry and suffering from food insecurity worldwide had been gradually rising since 2014. Unfortunately, the pandemic has intensified the vulnerabilities and inadequacies of global food systems, which could add hundreds of millions of people to the chronically undernourished, making the goal of ending hunger a more distant one. Ghana is not left out of these statistics.
Myhelp-Yourhelp Foundation, as part of its 3rd year anniversary celebration and in line with its core mandate in attending to the United Nations Sustainable Development Goal (SDG 2), Zero Hunger coupled with the need to fulfill scripture in Matthew 25:35 (For I was hungry and you gave me something to eat, I was thirsty and you gave me something to drink, I was a stranger and you invited me in) consented to  embark on a food and drinks distribution to street kids in some parts of Accra, the capital city of Ghana. This took place on the 31st of July 2021 and the theme: “Feed a child, save a life” was adopted to mark the occasion. Food distribution started from Opeibea Bus Stop to Madina Zongo-Junction and back to the Accra Retail Centre. Five hundred (500) bags containing packs of assorted food, assorted drinks, water and pastries were distributed. Approximately forty (40) members of the organization converged at the Accra retail centre at 7am. Prayer and a word of exhortation was shared by Mrs Love Acheampong followed by a brief address by the CEO and the Founder of the Foundation in the person of Mr. Nicholas Cofie. The members present then hit the road for the food distribution.

The hitherto sombre expressions on the faces of these kids metamorphosed. Their faces lit up with impish glee as they received the packages.  The remarks from the recipients were so heartwarming.

About MyHelp-Your Help Foundation
Myhelp-Yourhelp Foundation is a group of working-class professionals (doctors, nurses, lecturers, security officers, engineers, entrepreneurs etc.) who have come together to pool resources aimed at helping to alleviate the plight of the poor, needy and less privileged in society. They do this by mobilizing funds both internally by contribution from members and externally by getting sponsorship from organizations and benevolent individuals and philanthropists. The NGO focuses on inspiring and empowering orphans, street children and the vulnerable with the aim of improving their socio-economic status. Hence the slogan “Myhelp-Yourhelp Foundation!!! Caring for the Needy and Less Privileged in Society”.

The foundation, prior to the project held over the weekend, had successfully embarked on 13 projects since inception.
These projects include;
●   Free Health screening at Junction Mall on December 7, 2019.
●   Covid-19 donation in the Slums around East Legon, Accra on April 12, 2020 – a partnership with Axis Pension Trust.
●   Free Face Mask Distribution at Chorkor and Jamestown on August 8, 2020 – a partnership with Give-Me-Hope Foundation.
●   Feeding of street kids from 37 Teaching Hospital to Shiashie on September 11, 2020 – a partnership with Reggie Rockstone.
●   Love Feast and Presentation of a two unit classroom and a Borehole Project at Takyikrom on December 19, 2020 – Eastern Region.
●   Easter project on Easter Saturday 3rd April 2021- Donation of assorted items to Osamkrom Camp Prison in Agona Swedru.

According to the CEO and Founder of the NGO, Mr. Nicholas Cofie, growing up as an orphan, motivated and encouraged him to establish the foundation to assist others, especially orphans, widows and street children. He indicated that the foundation would have loved to do much more than it has done, but is constrained by funds as it relies mostly on the contributions of its members to undertake its projects. But he believes in a quote by Hudson Taylor — “God’s work done in God’s way will never lack God’s supply”.
He applauded the following sponsors.
1. Liberty Industry Ventures
2. Identity Richman
3. Cake Haven Gh
4. Esi’s Kitchen
5. Ahomka Kitchen
6. Randa Cakes & More
7. Healthy Way
8. Take Go Courier
9. Dee Mendy Snack & Bar
10. Happy Trails – Dealers in Cars
and all others who supported this mission in cash or kind.

The founder, on behalf of the entire leadership of the foundation, further expressed his profound gratitude to all members of the foundation for their maximum support towards the street kids program, especially to persons who gave their valued time to plan the program, those who sought for sponsorship, people who gave their substance (money and items), the caterers and drivers for the day, and all members who were present (individuals who came from far and near; Kumasi, Nkawkaw, Mamfe, Akropong, Winneba, Cape Coast, Takoradi, Somanya etc…) to assist in the distribution. He also thanked all who stood in the gap to pray toward the success of the program. 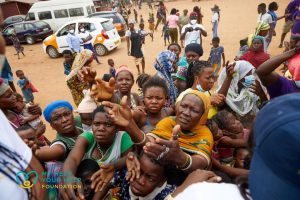 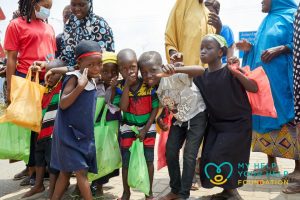 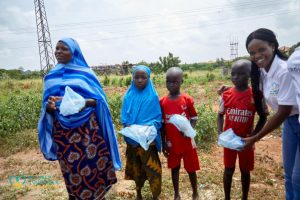