HomeEntertainmentKinaata is doing well with Hilife but his lyrics are not deep...
EntertainmentNews 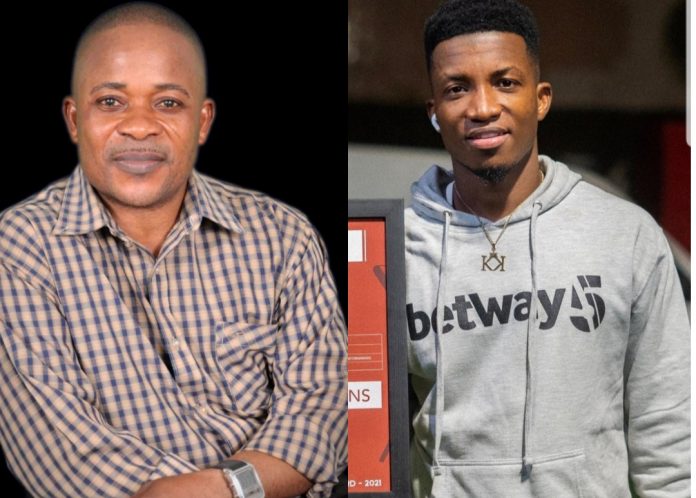 Highlife genre of music started from way back and I can boldly say it is the Genesis of the first group in our music industry in Ghana today.

Some the pioneers of highlife music just to mention a few include Nana Ampadu, Amakye Dede, Kaakyire kwame Appiah, Oheneba Kissi, Alibaba Foster, Papa Yankson and others whom contributed to the great future we see today in the music industry.

He is creative and talented musician whose songs are still on playlist of many  radio presenters, DJ’s and other downloaded websites.

He produced songs such as “ODO SHOCK” ,”TWESAN” and others all of which became a hit songs since that time till date.

Alibaba Foster who is now an evangelist of God, and currently not into active music, has disclosed in an exclusive interview with Nana Bedide Lucky TV that, although he loves kofi kinaata songs he needs to work more harder on his lyrics.

According to him, after listening to over 15 of Kinaata songs which was been played by one of his friends, he realised the great creativity been displayed by him.

He continued, ” Our high life music we did those times carried a lot of weight and messages which impacted lot of people lives, and I can see that in kinaatas  songs but his lyrics are not deep” he is doing well though.

He urged him to get around people who are more experienced in life especially the old people in the Industry, so he can tap in more of their knowledge for his Music.