HomeEntertainmentK2 Nana Korang to host a mega Concert in Kwahu on January...
EntertainmentNews 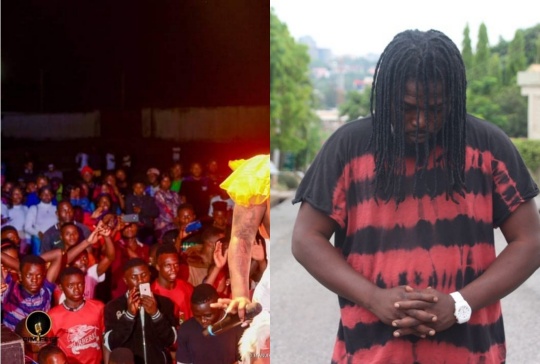 Dope and talented Ghanaian musician known in real life as Collins Nana Owusu korang, with his stage name K2 Nana Korang, is finally set together with his management team, to host a massive Concert with his friends musicians on January 29, 2022.

The Ghanaian Hiplife musician K2 Nana Korang who hails from Obo kwahu in the Eastern part of Ghana, intends to use this event as a thank you concert to appreciate all the support he had received from day one since he started his Music career, in the same area.

According to K2 Korang when he was contacted by Ghananewss.com, he made it known that, the event will be held at Oboo Aboboano Community Park, in Kwahu, in the Eastern part of Ghana.

The event will be supported by great musicians in the country, who will be billed to make it a success.

K2 Korang started his music career at the age of 17 . He became part of defunct K2 duo group, and they  featured  popular Ghanaian musicians like Castro, Legendary Highlife Musician Paapa YANKSON, Buk Bak Bright, and host of other great musicians.

Ghananewss.com will be updating fans as soon as the event is set to be held.