Expected Black stars team players to start Ethiopia clash tonight and it will shock you. 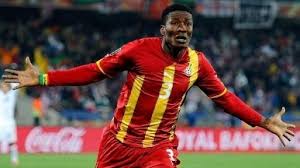 The Black Stars of Ghana will entertain Ethiopia in the first game of World Cup Qualifier at Cape Cost this evening.

There has been some Superstars who have withdrawn due to personal reasons or injuries yet the Stars are expected to produce a massive performance tonight. The Black Stars is expected to come out with 4-4-2 formation 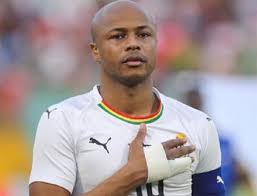 Richard Ofori is expected to be in poles as usual despite his recent set backs at Club level. None of the keepers invited proved to be good enough.

Alexander Djiku of Stroudsburg will take up the right back position without a threat from anyone.

After failing to convince Tomas Tuchel of his quality, Baba Rahaman still remains the best left back in the Black Stars team.

Baba Rahaman teammate, Andy Yiadom is likely to start ahead of Kasim Nuhu in Central defense alongside experience Daniel Amartey from Leicester City. Amartey has been excellent for the Premier League side.

Mubarak Wakaso is set to cover the leakages from Baba Iddrisu in the defensive midfield. Baba is expected to start due to the absence of Thomas Partey. 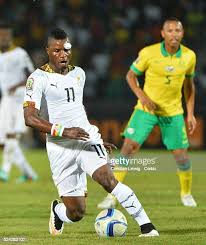 Jeffrey Shullup is expected to start at the right wing after the withdrawal of Tariq Fosu.

Kamaldeen Sulemana is likely to be handed his Black Stars debut today after providing 1 assist and scoring one in his opening 5 games in the French Lig 1.

Andre Ayew and brother Jordan Ayew are expected to lead the striking force of the team tonight. 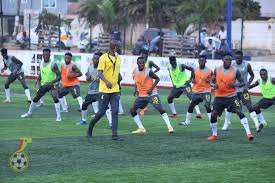 The likes of Kudus Mohammed and Fatawu Issahaku are all expected to start from the bench.

The match will be played at Cape Cost at exactly 7pm. Don’t be left out