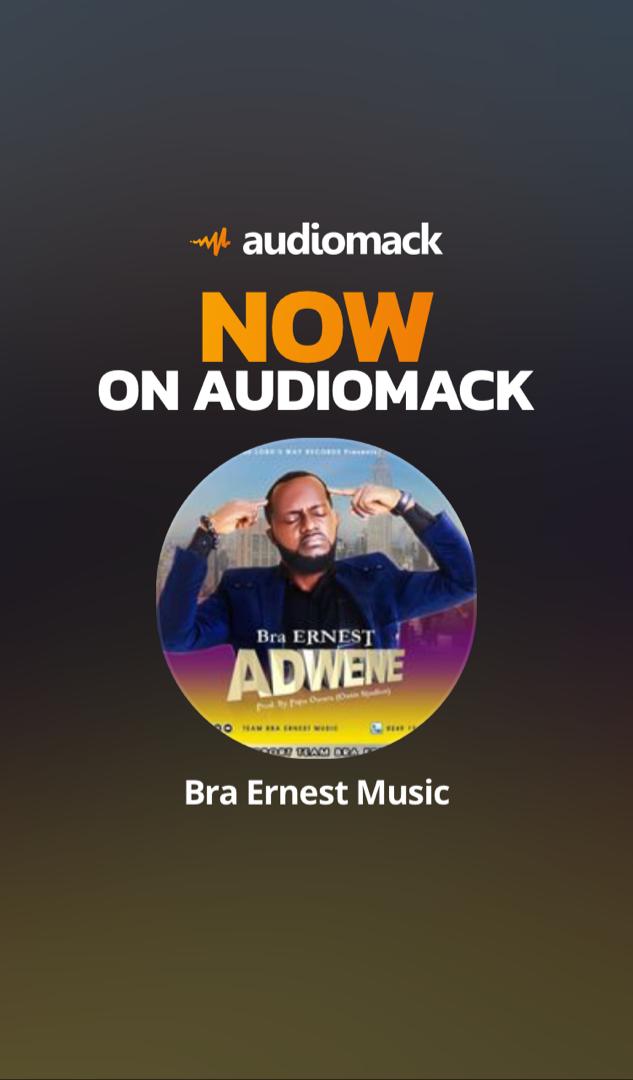 His newly released song is a follow-up to the birthday song he just recorded alongside Kwadwo Obeng Barima in honour of Emeritus Prof. Dr. Ing Kwadwo Safo.

Bra Ernest wrote the song “Adwene,” which was only just released. In the song, he describes and accepts the reasons why we shouldn’t think beyond our current capacity because everyone has hardships at some point, but that we should always have faith in the Lord.

The official video lyrics has already been released, and fans are already enjoying the great song from Bra Ernest.

Check it out below:

Stream from Audiomack Below: