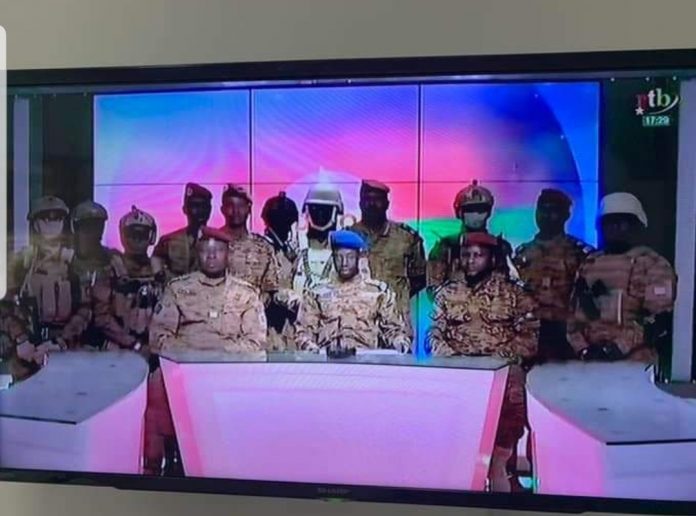 The Government of Burkina Faso has been overthrown and the country’s constitution suspended.

This is according to a statement by the country’s Army, reports Reuters.

This confirms an earlier report that said the coup in the West African country was on-going.

The report explained that the country’s army, led by Lieutenant Colonel Paul-Henri Sandaogo Damiba, said that it had dissolved the government and the national assembly, as well as closed the borders.

The announcement, made on state television, said the takeover had been carried out without violence and that those detained were at a secure location.

It added that the group made the statement in the name of a previously unheard-of entity known as the Patriotic Movement for Safeguard and Restoration or MPSR, its French-language acronym.

“MPSR, which includes all sections of the army, has decided to end President Kabore’s post today,” it said.

Reuters further reports that reasons such as the deterioration of the security situation and what it described as Kabore’s inability to unite the nation and effectively respond to the challenges it faces, have accounted for the coup in the country.

It is however unclear where Kabore’s whereabouts is, although his party had earlier said he had survived an assassination attempt, but gave no details.

Before the army statement, the African Union and the West African bloc ECOWAS both condemned what they called an attempted coup in Burkina Faso, saying they held the military responsible for Kabore’s safety.