HomeEntertainmentBullets’s Rufftown Records Calls for an official meeting with Fantana over the...
Entertainment 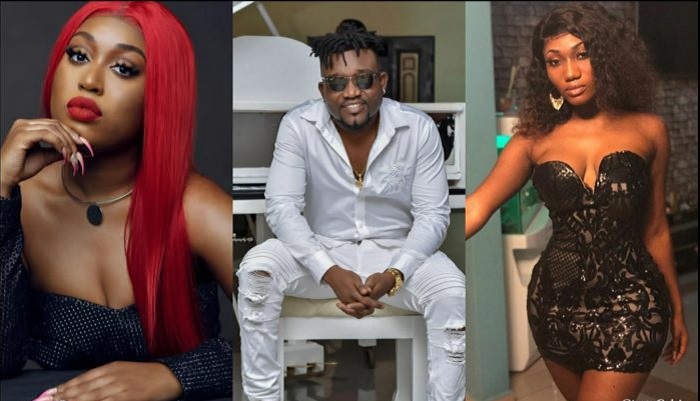 The ‘Girls Hate On Hate Girls’ singer quarreled with Wendy Shay over the weekend, traded abuses and labeled the ‘Tuff Skin Girl’ singer as a local champion during an interview.

Via an Instagram caption to a video of herself working out, she further  said that “with big teeth, you don’t make hit songs”, a statement she initially wrote in Dutch and incurred the madness of Fantana who went downhill heavily on her, calling evil and envious of her during an outburst in an Instagram live session.

After Fantana responded to Wendy’s insult, the “Shay On You” singer came back with another Instagram post of, showing a record her song has made in New Zealand with another Dutch caption saying that “ you can google my caption but google my success …lazy artiste, I have something for you to translate again”.

Again, this attracted a response from Fantana who went a mile ahead to expose how Rufftown Records, the label she is on with Wendy Shay, even made her to tell lies during interviews to make Wendy Shay look good to the public.

The back and forth has now seen a letter from the label managed by Bullet, issuing a letter with the heading “Request for mutual termination meeting” addressed to Fantana.

In the letter, the label stated that its attention has been drawn to her statements that dents the reputation of the outfit.

The letter is seeking a meeting with Fantana today, Monday 18 May at 1:00 PM at its East Legon based office for a discussion about the termination of her contract.

See the letter below. 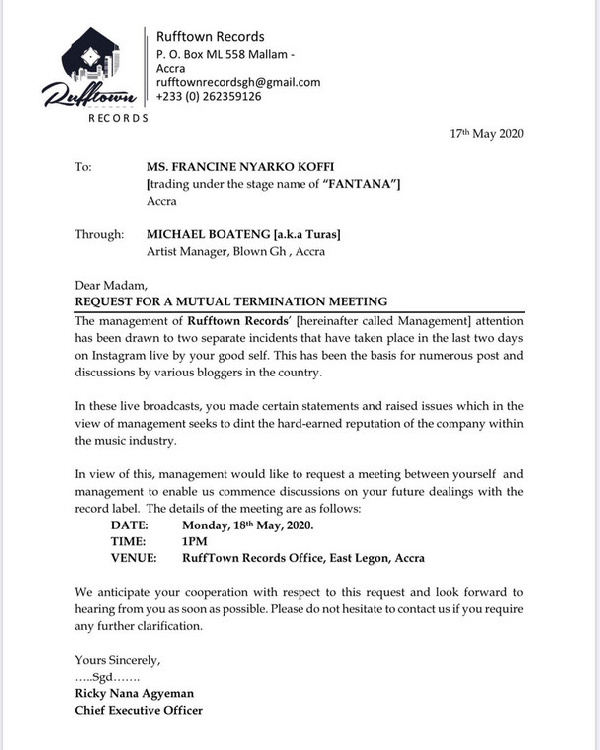