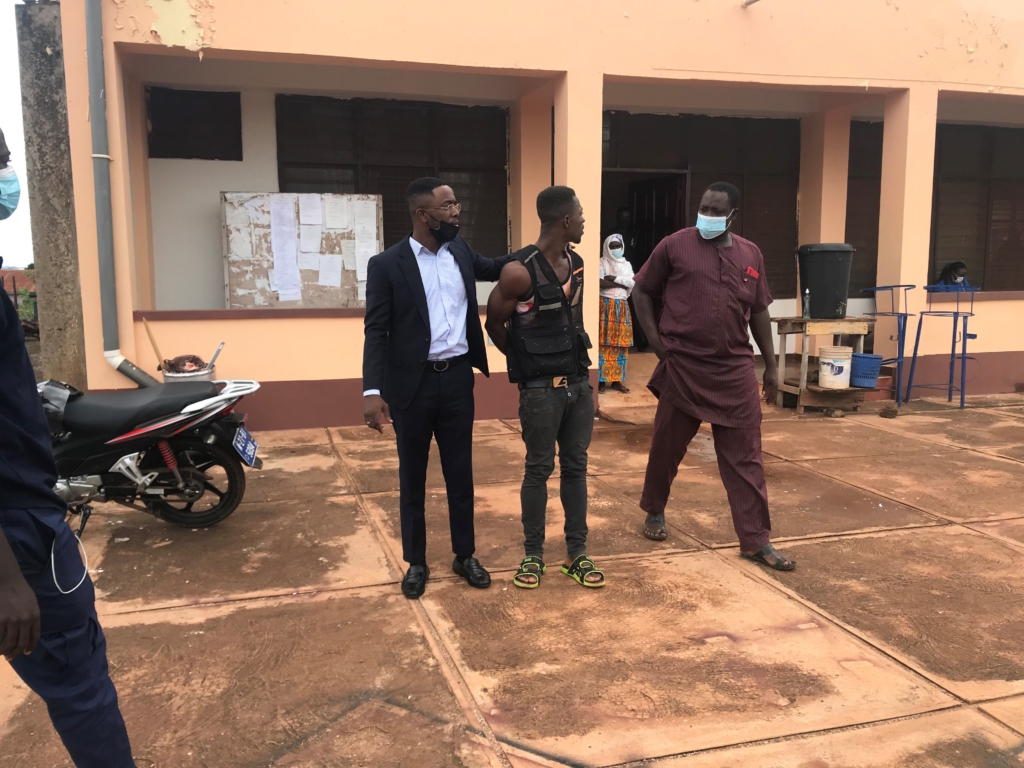 The Techiman Circuit Court presided over by His Lordship Justice Alexander Graham has sentenced a 19-year-old Motorking rider to 30 years imprisonment.

The convict, Bawa Ebenezer, a resident of Nsuta near Techiman in the Bono East Region was arrested on Saturday after robbing two students of the Yeboah Asuamah SHS at about 3:35 am in their room.

Prosecuting Officer, Inspector Emmanuel Kudalor told JoyNews that “this is a case of armed robbery which occurred on Saturday, August 21. The accused person attacked them whilst they were sleeping in their room and forcefully asked them to hand over their personal belongings to him”.

Inspector Kudalor further noted that “because of the spate and the increase in robbery activities in this area, the court deemed it fit to give him a sentence that would deter others from committing the same crime”.

The accused pleaded guilty on three out of the five counts before he was sentenced.

One of the victims, a final year student of the Yeboah Asuamah Senior High School told JoyNews that “the convict broke into our room at about 3am and threatened to kill me  and my roommate if we fail to give him our phones. Out of fear, we gave him the phones and he attempted to do something nasty, that was when I struggled with him and he used the scissors to cut my hand before bolting away”.

The presiding judge, Justice Alexander Graham in his ruling stated that the sentence would serve as a deterrent to others and help reduce armed robbery attacks in the area.

Share
Facebook
Twitter
Pinterest
WhatsApp
Previous articleHistory : Abesim Chief And His Wife Killed A Pregnant Woman At Same Area Fireman Killed The 3 Boys
Next articleSister Sandy has helped the Entertainment Industry to grow and I Love her great works – Gyakie