HomeEntertainment" My ex - husband wedding ring was was removed one week...
Entertainment 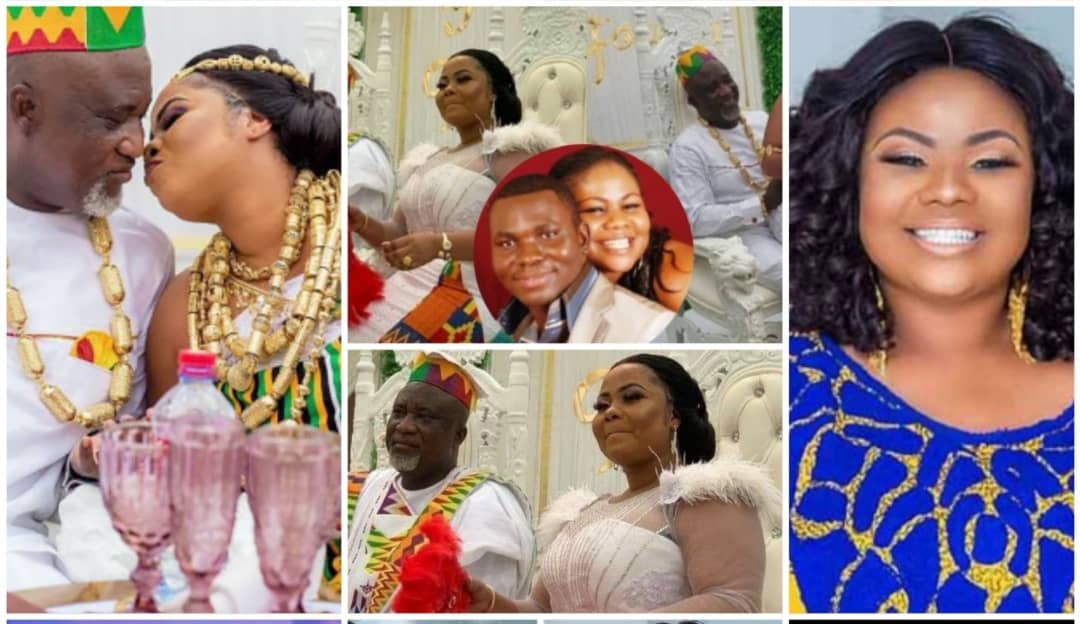 Well celebrated Ghanaian Gospel singer Empress Gifty, has finally made public her saddest moments in her private life when she was married to her ex – husband Pastor knownnad Prophet Elisha Osei.

The ‘Aseda’ music hitmaker who married a politician not quite long known Hopeson Adorye, made it known to Stacy on Restoration Show that, she went through a lot of pain and sorrow moments during her marriage with her former husband, but decided not to share it to the public.

According to musician, her ex – husband told her his intention to seek divorce after their ten years of marriage.
She continued, he made me to go through a lot of pain, and I had no one to seek comfort from, so I decided not to remove my wedding ring to prevent people from talking ill about my marriage, although my ex-husband had divorced me long ago”.

She continued, “I decided that I will never sit on any social media platform to disgrace my ex-husband. Because I remember, he once bought water for me to drink. I remember, it is through him, that the name Gifty Osei came to limelight. God used him to protect me. So I will not speak bad against him because of the bitterness in me…I shut the doors because of my children,” she said in the Twi language.

The controversial musician, during her wedding with Hopeson Adorye, had revealed that after her divorce with her former husband, she contemplated suicide because there was no one to confide in.

She further made it known that, the most wicked people in Ghana can be found in the gospel music industry.

Her current husband Hopeson Adorye, is the Deputy National Security Coordinator in charge of Airports, also lost his wife in March 2017 after battling with cancer, who later got married to the Gospel musician.

Share
Facebook
Twitter
Pinterest
WhatsApp
Previous article
Avram Clashes with Rev Owusu Bempah on Agradaa Show Over Claims that He Has no Power to Perform Miracles (Video)
Next article
Covid – 19: Ghana’s Cases Shoot Up to 1671, 188 Recoveries and 16 Deaths (5 New Death)