HomeEntertainment'He is a Liar and a ‘stingy womanizer’ - Osebor’s ex-wife fumes...
Entertainment 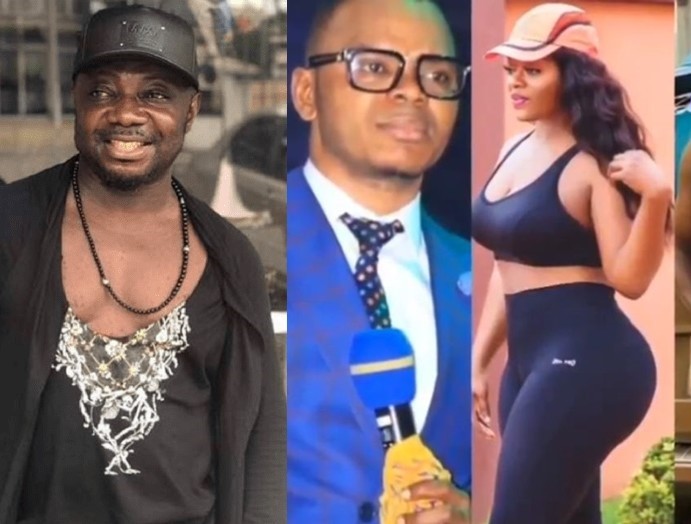 Osebor’s ex-wife, Afia Mansa Ohemaa, has named him out for telling lies to the world and play-acting to be an angel.

According to Ohemaa, Osebor, who gained popularity after he showed up as Nana Aba Anamoah’s baby daddy, is a chronic womanizer who was cheating on her whilst they were married and also very stingy despite claiming to be a rich boutique owner.

Osebor’s divorce with his ex-wife after 16 years of marriage, attracted media attention after Kennedy Agyapong revealed that the North Kaneshie fashionista once had a conflict with Bishop Obinim for allegedly having an affair with his wife.

Speaking about the report, Osebor long-established the MP’s claims and made comments about his broken marriage which has seen his ex-wife reacting to, when she appeared on Kwaku Manu’s YouTube talk show.

Ohemaa in detailing why she got married to Osebor, she said “His mother made him marry me because his womanizing was disturbing and she realized I could handle him. I even wash the bedsheet he sleeps with other women on”.

She also Recounted her ordeal with her ex-husband “Not a single day has he gifted me anything from his shop, I pay for everything” and also labelling him as a liar she added, “even in his church, everyone knows he doesn’t tell the truth, even my children know their father is a liar”.