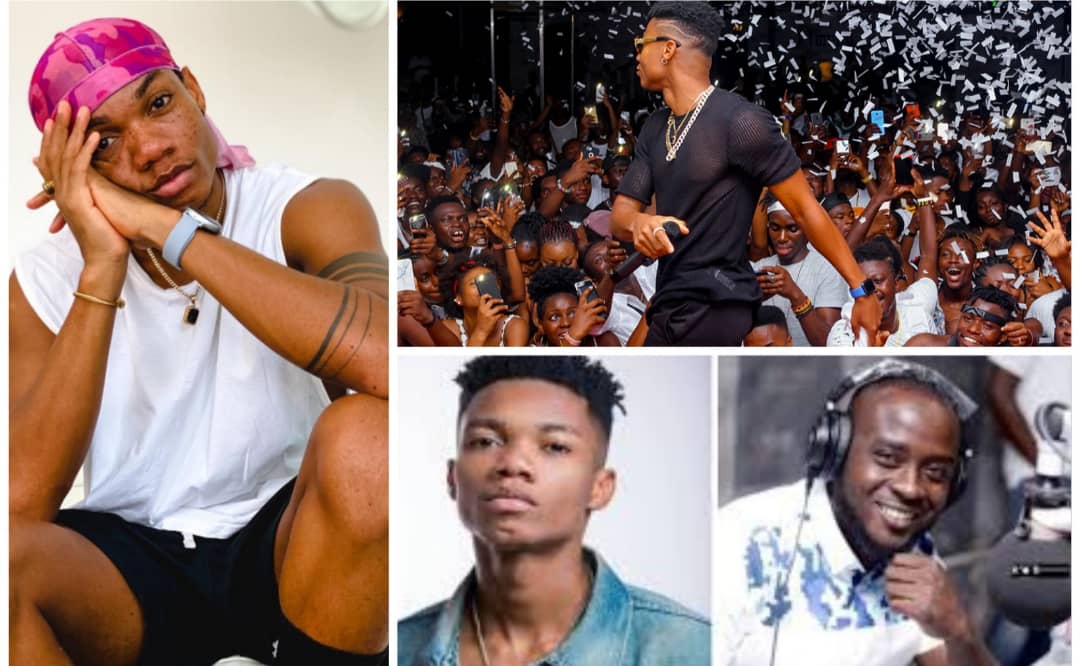 There has been a lot of Controversies surrounding what the Radio Presenter of Accra FM, did to the Sugar hitmaker Kidi, for appearing late for his interview.

Although lot of Entertainment pundits, Media Houses, Celebrities and other great personalities are sharing their varied views on what happened live on air, some Ghanaian fans have also applauded the Lynx Entertainment singer, for his calmness during the confrontation between the two, which has since gone viral.

Sources closed to Ebosafo.com indicate that, Kidi was late fifteen minutes to the show due to circumstances beyond his control when he was on his way to the Radio Station.

The close source indicated that, Kidi was made to wait another ten more minutes,  until he was called in to meet the Radio Presenter for his interview.

It was that moment he was told by the radio presenter that,  his interview had been cancelled because they do not have enough time for it.

Although The “Say Cheese” singer, was unhappy with the presenter’s utterances, he apologized for showing up late, and walked out from the studio.

The situation has left Ghanaians divided with fans commending the singer for his composure.

Check out the said video from the scene below: