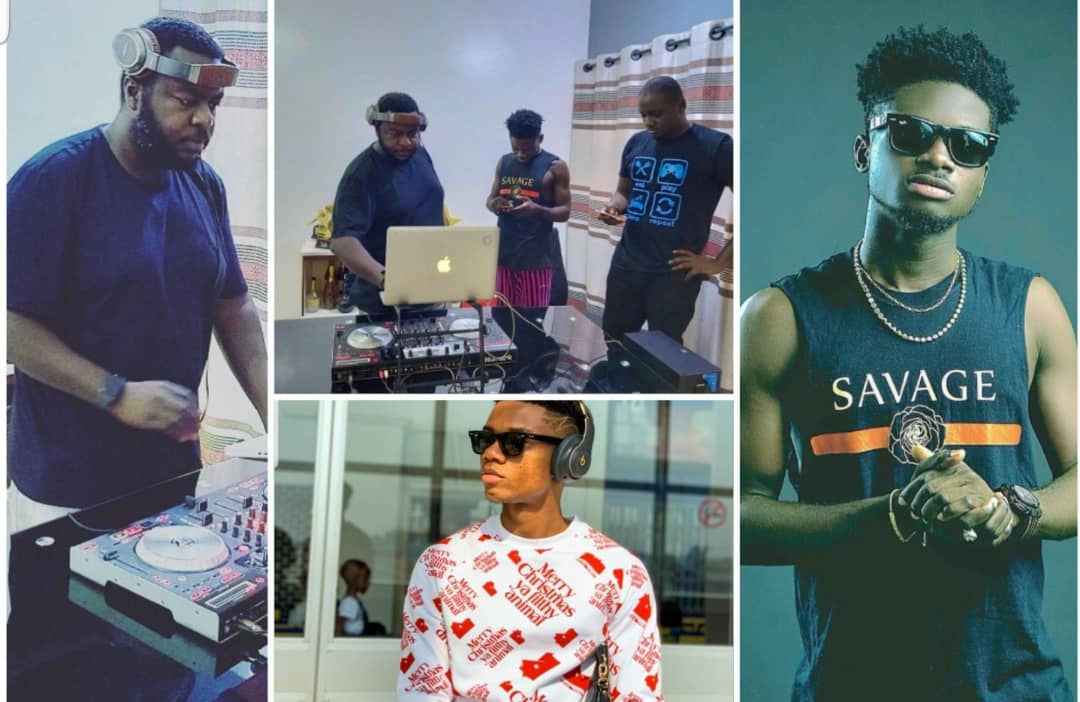 One of the prolific Ghanaian Disc Jockey personality famously known as DJ ABK, who recently thrilled fans with an amazing Virtual live show amid the Coronavirus pandemic, by hosting Lynx Entertainment signed artiste Kuame Eugene in his Mansion, to perform all his hits songs back to back.

The Virtual event which did not even had a serious promotion online, was witness by over 8000 fans who streamed the show live on Kuami Eugene official Instagram page.

After the said event, a lot of Entertainment pundits, radio presenters and fans had applauded DJ ABK and his team for the great move to entertain most people who are still lockdown in the various homes due to the COVID-19.

This has led to a call from other top notch artistes in Ghana who has called the Celebrated DJ to host them in order to engage with their various fans.

When Ebosafo.com got intouch with DJ ABK, he expressed his greatest gratitude to Kuami Eugene, for honoring his invitation when he called on him his for the said show.