Christiana Awuni Reveals Why She is Still Single and not Married 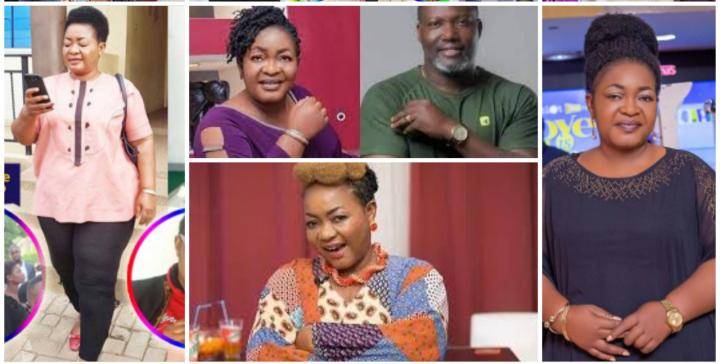 Ghanaian renowned and hardworking Kumawood actress, widely known as Vivian Awuni, who was tagged with the death of Bishop Benard Nyarko, has finally revealed to the public why she is still not married.

Speaking in a one on one interview with Tracy Boakye live on her routine ‘Baako Pe’ Celebrity show on Kantanka TV, the sensational actress made known a lot of issues concerning her movie career.

She made it known that, she had never regretted choosing her career as an actress, and has been able to film over 100 movies in the Kumawood Movie Industry.

When asked by the host if she was married, she paused for a while and made it known that, she is still single and not married.

“I am not married, and also not searching. I have two beautiful daughters. Although some men approach me with their married proposals, am still hoping for the best”, she said.

Not quite long, prior to the death of actor Benard Nyarko, there was lot of rumors that she was dating the actor, but later came out to denounce those claims made by other media houses.

Share
Facebook
Twitter
Pinterest
WhatsApp
Previous article
Nyce 90.7 FM acknowledged as one of the best radio station in C/R.
Next article
Dr Paa Kwasi Reveals what Happens to the Soul of a Person Killed in an Accident (Video)