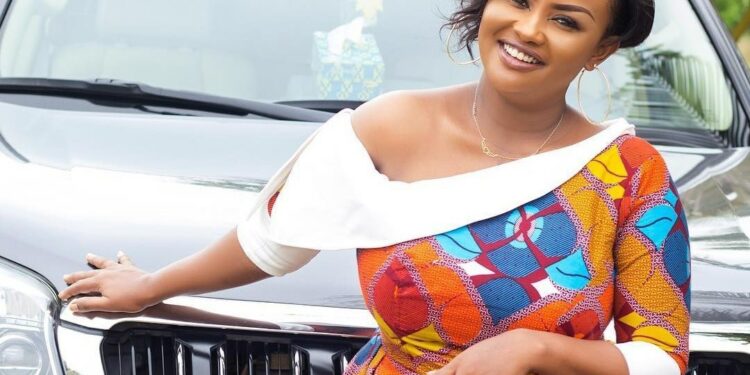 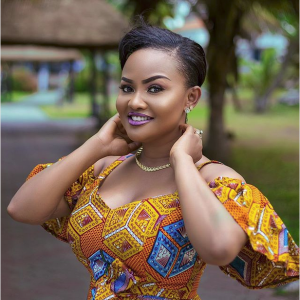 The Kumawood actress and TV show host, Nana Ama Mcbrown Mensah has explained how beneficial it has been for her after changing her name.

Speaking a recent interview, Nana Ama Mcbrown explained that, when she first entered the entertainment industry, she realized that, people found it hard to pronounce her previous name “Felicity Ama Agyemang” hence when she was adopted by her father, she decided to change it to Nana Ama Mcbrown.

Over the years, Nana Ama has succeeded in winning the hearts of Ghanaians with her versatile lifestyle. She has graced our TV screens with her acting skills from Kumawood to Ghallywood, becoming a brand ambassador to lots of companies and now a TV show host.

Speaking on how she started off as an actress, Nana Ama Mcbrown disclosed that;

” It has always been my dream to be an actress so when I met some producers I went to them to become a costume designer on the set. I knew how to drive so it was an added advantage. When the director got to know that I could drive, he gave me my first movie role where I acted as an armed robber”.

Nana Ama Mcbrown emphasized that her hardworking nature made it easier for producers to work with her because whatever task she was given, she did it to the best of her ability.

Nana Ama Mcbrown in her final statement asked her fans to remain humble in all their dealings with people and they will go far.

Share
Facebook
Twitter
Pinterest
WhatsApp
Previous article
Joe Mettle will finally tie the knot on August 15th.
Next article
Mahama: If Akufo-Addo can ask Domelevo to go on leave, Chief Justice, EC boss can be ordered to do the same.