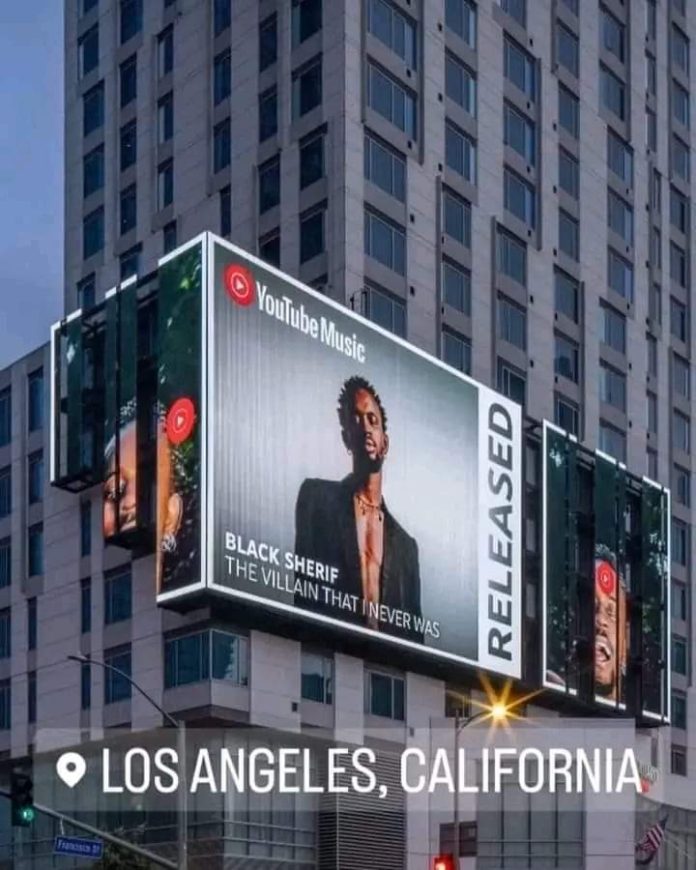 On October 6, 2022, Ghanaian rapper Black Sherif released his debut album, The Villain I Never Was.

The 14-track album has topped numerous charts since its release in Ghana, Nigeria, and other nations across the world.

The album’s debut on Billboard’s World Album Charts at Number 12 is another accomplishment.

With his debut album, The Villain I Never Was, Black Sherif has reached the Billboard World Albums chart.

The Ghanaian rapper’s first full-length album landed at #12 on this week’s World Albums chart, according to the most recent Billboard chart rankings. His debut on the esteemed worldwide chart occurs here. 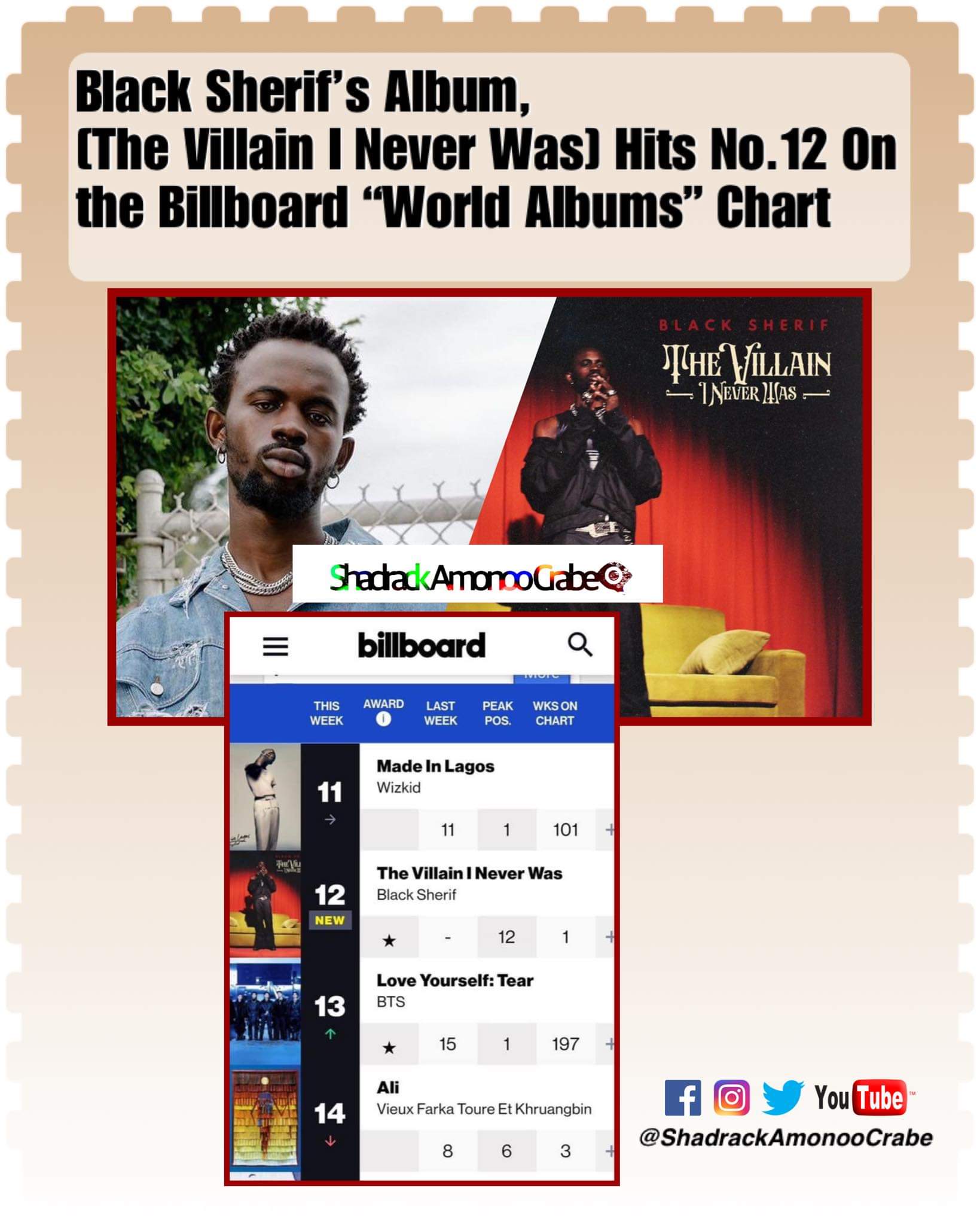 After his tune Kwaku The Traveller reentered the Billboard US Afrobeats Songs Chart at #48, it was announced that he had made his Billboard World Albums debut.

As she promotes Amerado’s “Gina” album on her social media page, she “chops fans” from online users.

Black Sherif now ranks alongside artists like Stonebwoy, Shatta Wale, and Amaarae whose albums reached the top of the Billboard World Albums Chart thanks to this accomplishment.

When Stonebwoy’s Epistles of Mama album debuted on the illustrious list in 2017 at position 13, he created history. The following year, Shatta Wale broke his own record by having Ghana’s highest album chart debut with his Reign album.

Amaarae then established herself in November 2021 as the first female musician from Ghana to reach the Billboard World Albums Chart. Nearly a year after its release, her album The Angel You Don’t Know debuted at number 12.

The Villain I Never Was, released by Black Sherif, entered the Billboard album chart exactly 12 days after its release, making it the fastest-entering Ghanaian album ever.

Many fans are thrilled by the news that Black Sherif’s debut album is the first Ghanaian album to garner 100 million streams on Boomplay.

The Villain I Never Was by Black Sherif is the first Ghanaian album to reach 100 million streams on Boomplay.

In other Black Sherif-related news, the rapper made history by becoming the first Ghanaian whose album garnered 100 million streams on Boomplay.

The Villain I Never Was, Black Sherif’s debut album, is the most streamed album on the service, claims the music streaming website. Boomplay also disclosed that Blacko, using three tracks from his first album, dominated the Boomplay Top 10 Chart for the week of October 10 to 16.